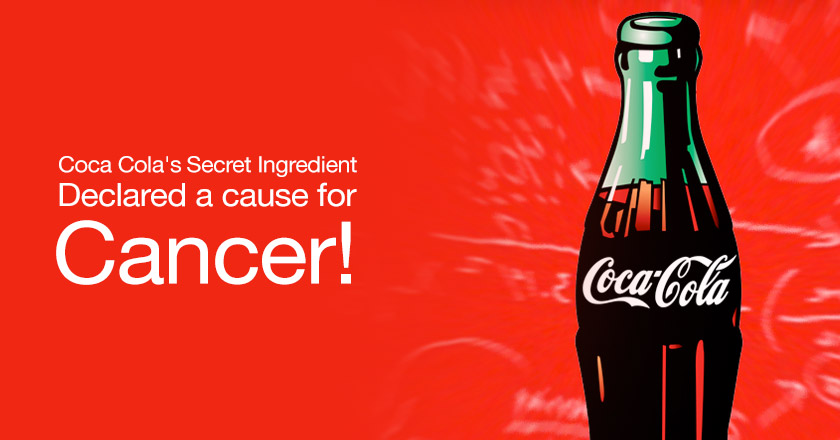 Coca-Cola has been warned by the state of California to place a cancer warning on their bottles because a main ingredient used in the making of the cola has been declared carcinogenic.

A study by US National Institute of Environmental Health Sciences confirmed that Coca-Cola and its arch rivalPepsi are using a cancer causing ingredient to add flavor to their drinks.

The respective finding was testified when the said ingredient caused cancer in mice and leukaemia in rats.

Both cola brands have been warned by the US state of California to issue warning signs on their bottles in order to continue selling their products in the country.

Coca-Cola, instead of imprinting warning signs on their trademark red cans and red labelled bottlles, decided to alter the ingredient of its drink in the US region while supplying the same old Coke in the European region.

Coca-Cola promised to keep the taste and color of it’s premium product the same, even after the change of the particular ingredient. Coke’s official spokesperson negated the accusation while explaining that,

“The caramel color in all of our products has been, is and always will be safe.”

“The changes will not affect the color or taste of Coca-Cola. Over the years, we have updated our manufacturing processes from time to time, but never altered our secret formula. Caramel is a perfectly safe ingredient and this has been recognized by all European food-safety authorities.”

The initial formula for Coca-Cola has been changed a lot of times, including the major replacement of Cocainewith Caffeine back in 1904.

Another important change in the history of Coke took place when “New Coke” was launched back in 1985 which caused immense negative reaction amongst consumers.

Carbonated drinks have always been associated with allegations concerning obesity, diabetes and others diseases. However, it is yet to be seen how millions of consumers will react to the latest accusation against their favorite brand.