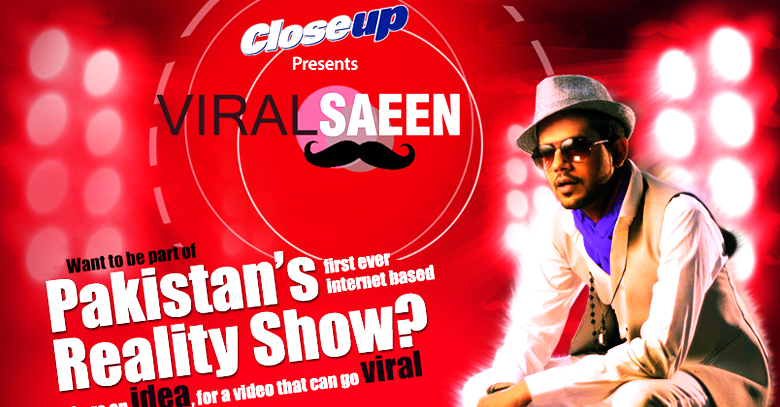 Close Up – isn’t it that Indian Brand? Contrary to this eminent misconception , close up is as much Pakistani as Glaxose D, Brooke Bond Supreme or Lifebouy which all fall under the Almighty umbrella of Unilever.

Close Up Pakistan, broke through the clutter, coming up with a reality show Starring Pakistani modern youth icon Ali Gul Pir who might just prove to inject the Pakistani touch Close Up lacked.

The Reality show has the same basic components where a group of selected participants were hand-picked on their potential of going viral. The top three, from the participants, will be selected by the brand and Ali Gul Pir. Later, the three finalists, with help from the brand and Ali Gul, will compete against each other on the basis of the popularity of their respective videos.

All set for the launch of their sixth episode, in this sequence, Close up seems to have finally found a mark in their Advertising campaign. Close Up is bent on making this campaign viral on social media rather than using a more convential medium like Television.

This is understandable due to their massive followers of more than 374 thousand over social media.

There may still remain a good amount of questions to be answered by Close up, like will the campaign come up to their expectations? Will the reality show get Close Up the recognition it requires in the existing market filled with reliable names?

Amidst all this, Close up has successfully identified the market it wants to pursue and their endeavor, however dicey, might just get them home.