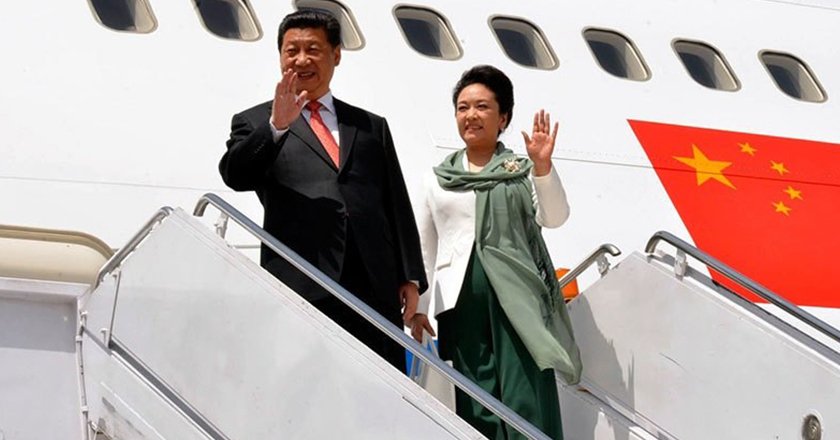 Chinese President Xi Jinping and his wife made a show of patriotism while visiting Pakistan; Pakistani patriotism that is.

China’s first lady Peng Liyuan wore a plain white jacket over a deep green dress with a light green scarf to go with it, accessorized with a brooch.

Liyuan seemed determined to prove her loyalty to Pakistan, as she wore green throughout the visit, especially when attending a cultural show with the Prime Minister Nawaz Sharif and his family.

Pakistanis loved Liyuan’s look and praised it on Twitter:

This graceful lady alongside Chinese president is of course his spouse,Mrs. Peng Liyuan. A famous folk singer & music grad. #tidbits

HE #XiJinping ‘s wife @pengliyuan had more personality then Wives of @NawazSharif and #MamnoonHussain, She reflected to be a decent one