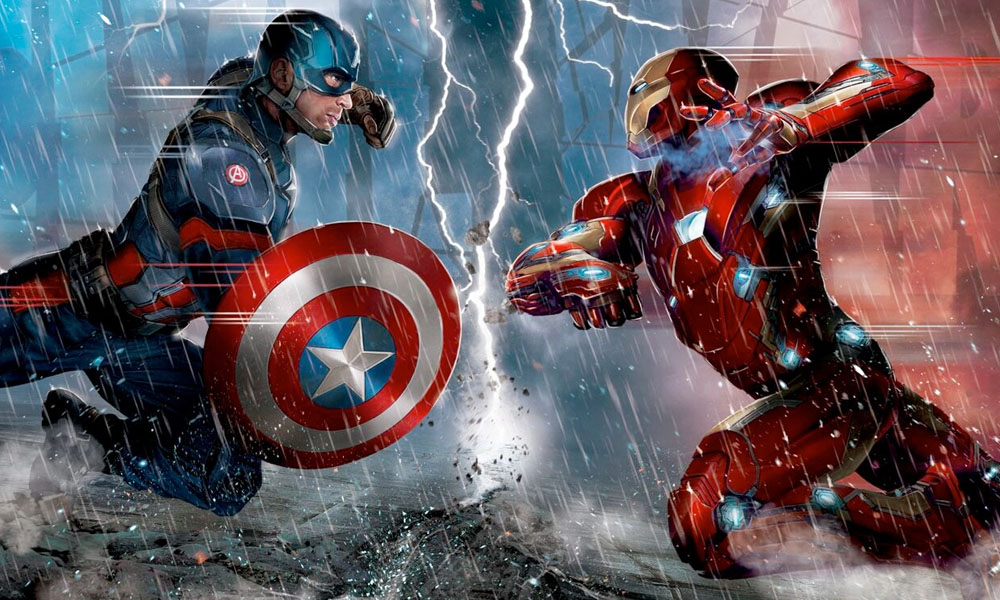 Marvel’s last superhero vs. superhero venture, Batman V. Superman: Dawn of Justice failed to cast its magic on the global box-office. So the next  “hero team-up” with Captain America: Civil War had a lot of catching up to do. And it seems the latter has finally made up for the former.

When worldwide fans are reportedly tired of typical superhero movies, Captain America: Civil War is no less than a revival of the genre.

The blockbuster is a sequel to both Captain America: The Winter Solider and The Avengers: Age of Ultron, making it the most extensive Marvel project till date.

The movie kick starts with Captain America Steve Rogers (Chris Evans) spearheading a mission in Nigeria to catch the super villain Crossbones, with his team of Black Widow (Scarlett Johansson), Falcon (Anthony Mackie) and Scarlet Witch (Elizabeth Olsen). While they emerge triumphantly, a deadly mistake by Scarlet Witch causes the loss of precious lives during the operation.

The collateral damage prompts the U.N to intervene and asks the Avengers to sign the Sokovia Accords that would eventually compel the squad to work under a United Nations panel and submit to the authority of the organization.

The Sokovia Accords become the bone of contention amongst the team.  Haunted by guilt of civilian deaths in Avengers: Age of Ultron, Iron Man, a.k.a. Tony Stark (Robert Downey, Jr.) is all set to say yes to the U.N while Captain America believes vice versa. Inevitably, a war brews up between the pair. Making matters even worse is the homecoming of Captain’s best mate,The Winter Soldier aka Bucky Barnes, (Sebastian Stan).  Sadly, he is also under blame for a terrorist attack that caused the massacre of many. While it seems that so much is happening way to much and all at once, the script pulls it all off in a light, organized way and keeps you hooked throughout!

Captain America: Civil War is a thrilling rollercoaster, guaranteed to be this summer’s bona fide entertainment.

Marvel has done all things right with its latest entertainment endeavor. There were high chances that with almost all the caped crusaders together in the tale, the movie could have turned into a messy plot. However, the director duo of Joe Russo and Anthony Russo ensured an evenhanded story line that doesn’t at all appear to be stuffy or slow.

The action in the film is indeed a crowd-pleaser. Russos cleverly planned how to show a blow-by-blow combat of the heroic titans. The movie’s masterpiece scene is the climactic battle of the divided Avengers at Leipzig Airport. Perfectly portrayed, it is packed with rollicking action. Chris Evans and Robert Downey Jr. have exhibited terrific performances, being the stubborn super heroes in the movie. Similar could be said about the supporting members of the ensemble cast. But two new debutantes in Marvel’s Cinematic Universe deserve a special mention for their spectacular performances. The young British actor, Tom Holland as the new Spidey literally steals the spotlight from the rest in every scene. Chadwick Boseman as the Black Panther has displayed the confidence and boldness to his avatar, giving the ideal introduction to Marvel fans about the character.

The Russo bros have definitely scored big with this movie. We give Captain America: Civil War a big thumbs up!