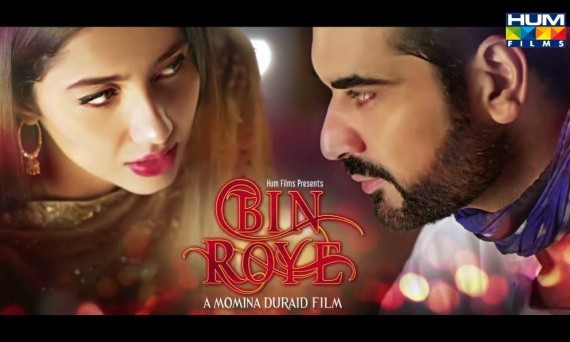 Bin Roye becomes the first Pakistani movie to be make it to Belarus, a landlocked country in Eastern Europe, and will be screened  with Russian subtitles.

After successful houseful shows in over 12 countries since its release, there was no stopping for Bin Roye to enter the theaters of Belarus as well.

The movie was screened on the opening day of Pakistani Film Festival in Minsk, which was inaugurated by the Minister for Information and Broadcasting, Pervaiz Rashid. The socio-romantic drama movie by HUM Films & MD Films has emerged as a hit worldwide but has become a record crusher in the history of Lollywood.

The opening ceremony of the Pakistani film festival, held at the Tsentralny cinema house was also attended by Belarus Culture Minister Boris Svetlov, Akhtar Viqar Azeem and other dignitaries who enjoyed the movie thoroughly and appreciated the introduction of Pakistani film in Minsk.