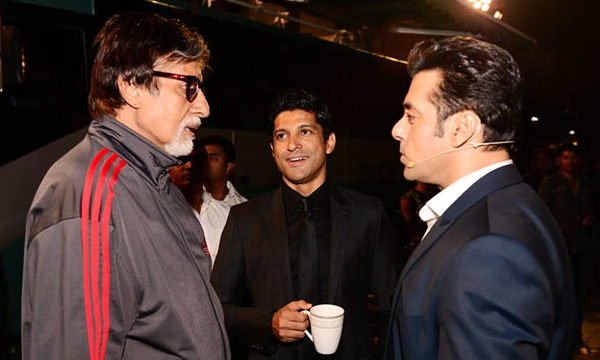 According to reports, the Dabangg Khan was asked last week at the trailer launch of the show, if Big B, currently hosting the successful Kaun Banega Crorepati show, will be making a guest appearance on the grand premiere. Khan confirmed it by saying that it was his idea; since Big B had successfully hosted the third season of the controversial reality show, it felt right to premier the show on his birthday and invite him to co-host the event.

Take a look at the Bigg Boss 9 Contestants List!

While the news is still unofficial, fans are definitely looking forward to the pair appearing together and hosting the highly anticipated premier of the notorious show. With this news, the rumor of Akshay Kumar co-hosting the show with Salman Khan has officially been put to rest.