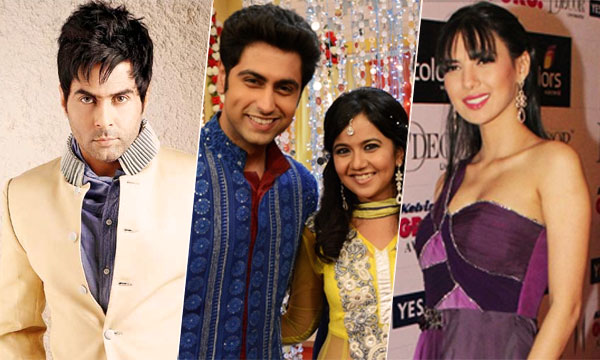 Bigg Boss 9, the ultimate hotbed of unadulterated gossip, high-flying drama, non-stop fights and passionate love affairs is all set to return to our TV screens this weekend, promising an even higher voltage of masala and glamour with its upcoming season.

UPDATE: The former Miss India Rochelle Maria Rao, who was also seen on Colors’ ‘Fear Factor: Khatron Ke Khiladi’, will be seen as one of the participants on Bigg Boss 9. She will be heading into the Bigg Boss house with her beau Keith Sequeira, as admitted in her recent Facebook post:

Digangana Suryavanshi, who is popularly known for playing the title role of ‘Veera’ in ‘Ek Veer Ki Ardaas… Veera’, has also signed the dotted line to be a part of the show. The actress has been talked about for her catfights with co-actor Farnaaz Shetty. Exes Roopal Tyagi and Ankit Gera will also be seen together in Bigg Boss 9. The actress was Ankit’s co-actor in the TV show ‘Sapne Suhane Ladakpan Ke’. The two were romantically involved during the course of the show. However, the relationship ended on a bitter note. With the Double Trouble theme, we wonder if that refers to getting two former lovers to stay together under the same roof and wreak havoc. Guess, only time will tell. Roopal remained unavailable for comment.

Surveen Chawla has denied all rumors of entering the Bigg Boss 9 house. The 31-year-old actress, famous for the movie Hate Story 2, was rumored as a probable participant on the show but Surveen said she is not the right person for a show like ‘Bigg Boss’.

“I’m big fan of this show but I’m not the right person for this,” the actress said. UPDATE: Rumor has it, 3 new names have been added to the list of confirmed contestants for Bigg Boss 9!

Sources reveal that TV actress Kishwar Merchant, who is currently seen in Itna Karo Na Mujhe Pyaar will be a part of Bigg Boss 9. TV Anchor Aman Verma is also going to be a part of Bigg Boss 9. Aman rose to fame with Khulja Sim Sim and then later played a pivotal role in the iconic Kyunki Saas Bhi Kabhi Bahu Thi. Rishabh Sinha of Splitsvilla and Qubool Hai fame is all set to be in the house for Bigg Boss 9. A serial reality show contestant, Sinha had plenty of media coverage after being kicked off the show. The first confirmation for Bigg Boss 9 is Gurmeet Ram Rahim Singh, the Godman-turned-actor, has confirmed that he has been approached by the makers of the reality show. However, he has put forth certain conditions to enter the show. He said he would enter only if he is allowed to step out of the mad house every day for a couple of hours to meet his followers.

Meanwhile, the audience will have to make do with him as another controversial spiritual figure, Radhe Maa has refuted all rumors of her joining the show through a Facebook post.

According to BollywoodLife.com, Amit Tandon is ready to enter Bigg Boss 9 and is currently in talks with the producers. Amit who entered TV through the reality show as a singer in Indian Idol later turned actor and has done several serials like Kaisa Yeh Pyaar Hai, Dill Mil Gaye and Yeh Hai Mohabbatein. Commenting about BB9, Amit says he has been approached,“I am a difficult person to live with, but I have done several reality shows and I would love to take up the challenge of staying in the house and coping with different situations,” he adds.