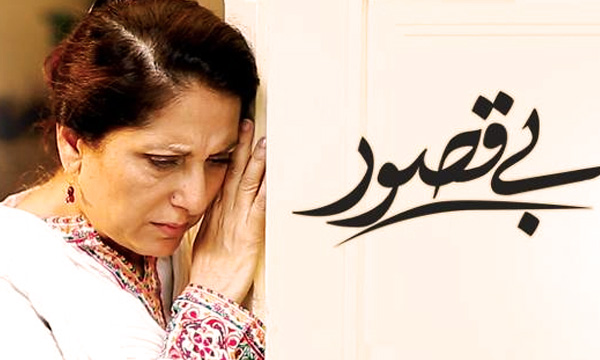 Bay Qasoor features the story of a girl, left on her own, rejected by both her father, mother, stepfather & stepsister.

There is only one person on this earth who can sacrifice her own life for you and she is your mother.

But can any mother take away the life of her own daughter?

The first husband of Sadaf who left her alone in the battle of this cruel life right after she gave birth to his daughter.

Since then she is in the quest of her real father. The second husband of Sadaf who accepted her as his wife but failed to accept Hira as her daughter.

Seher never accepted Sadaf as her mother and living together does not make you a family. She never accepted her as sister and always stood against her in every walk of life.

But what will happen when Seher will fall in love with Shehryar? And what will make Sadaf kill her own daughter?

Watch Beqasoor every Wednesday at 8:00 pm only on ARY Digital.