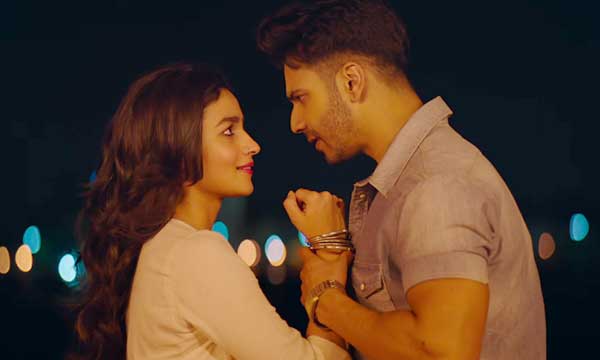 Fans of Alia Bhatt and Varun Dhawan’s ‘Humpty Sharma Ki Dhulania’ will be happy to know that the trailer of the 2nd film in the Humpty series, Badrinath Ki Dulhania is out and it is even more quirky than its earlier installment!

The movie is apparently about the flirty, Badri played by Varun who is head over heels in love with the modest, Vaidehi- played by Bhatt. The promo takes us on fun ride aboard the couple’s relationship, depicting the highs and lows of their romantic journey.

The flick marks the return of Dhawan and Bhatt with a bang in the high-on-masala movie. Their romantic equation is so heartwarming that it will you go awww! It will also feature the upbeat,  Tamma Tamma song, which was originally picturised on Madhuri Dixit and Sanjay Dutt.

Watch the trailer for yourself here!

From the looks of the trailer, it seems that Varun and Alia’s chemistry will be even more magical this time around.

The rom-com is produced by Karan Johar and directed by Shashank Khaitan. It will hit the theaters this March 2017!