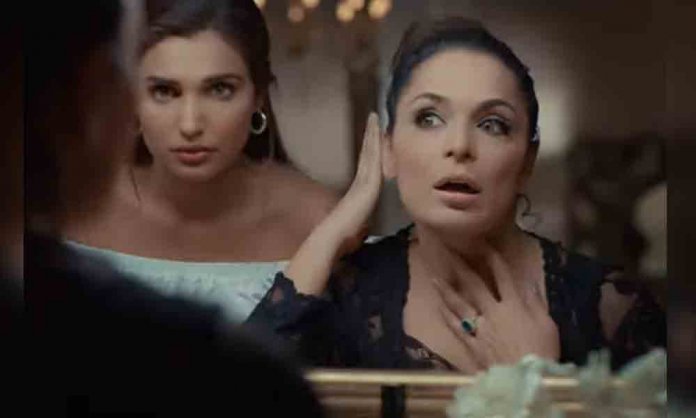 The upcoming Pakistani movie ‘Baaji’ has been in the news for quite a while because of its unconventional cast and story.

Today the makers of the film revealed the official teaser and oh my, we must say it absolutely lived up to our expectations.

In the teaser, we can see the evergreen actress Meera in various avatars where she manages to impress with her acting skills yet again.

There was also a glimpse of the much-awaited song where Meera dances her heart out. She can certainly expect some awards for her role.

We were also left awestruck with the character of Amna Ilyas who faces many challenges and end up becoming a model. It won’t be wrong to say that Amna Ilyas got into the skin of her character like a pro.

On the other hand, the handsome hunk Osman Khalid Butt also plays a pivotal role in the movie and left all of us amazed with his unconventional role.

There is Ali Kazmi, Mohsin Abbas Haider, Nayyar Ejaz in this Saqib Malik directorial where every frame seems more filmi than other films.

Have a look at the teaser below!

The teaser has been promising and is slated to hit the screens on June 28, 2019.

What are your thoughts about the teaser of Baaji? Let us know in the comments section below.