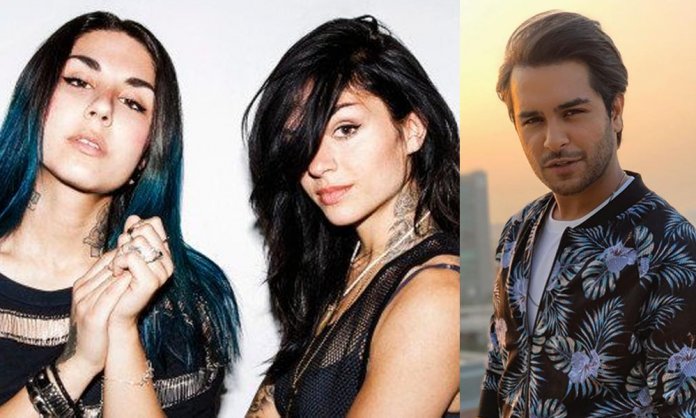 The band announced the news via social media expressing their joy.

The track ‘Paradise’ from their new album zer0 has the vocals of Asim Azhar. It’s their second album and we’re excited to announce that the track is out and ready to be added on your playlist.

The actor took Twitter to announce his latest songs and quoted “My new song with @Krewella is finally out!!! ”

My new song with @Krewella is finally out!!! 😊 https://t.co/sHo2yCrq1S

The next album Zer0 features 11 tracks and number five grabbed everyone’s eyes as it captioned Asim Azhar when Krewella shared information on their social media about the upcoming album.

The melody is incredibly catchy and makes for a perfect addition to our road trip playlist.

Came in existence, in 2007, Krewella includes sisters Jahan and Yasmine Yousaf, whose father is of Pakistani descent.

𝘇𝗲𝗿𝟬 OUT NOW ON ALL PLATFORMS. THANK YOU FOR LISTENING. WELCOME TO THE NEW ERA.

Their songs are a combination of self-produced electro house and dubstep, including several other EDM styles.

Their first ever track was from the album ’Mana’ that was released in on August 22nd. It also consists of some Pakistani references in the vocals.

The second song was ‘Good on You’ starring Nucleya. The track opens up to a ‘tabla‘ and has a very catchy beat to it.

Furthermore, singer Asim Azhar previously apologized to cricket fans after his PSL anthem with Ali Azmat and Haroon disappointed all the fans immensely.

Although, It appears as if the singer made up for it with his latest number ‘Paradise’ and blew the masses away with the tune and rhythm of the song.

For more news and updates, stay tuned to Brandynario.