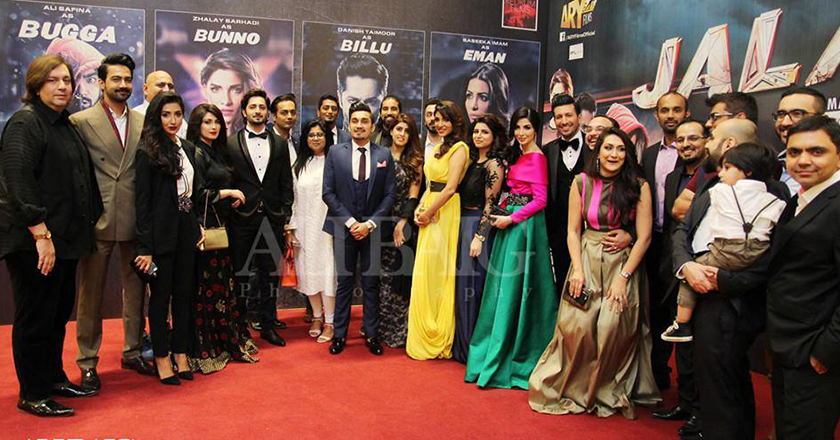 Attended by the famous names of the industry, the night began with a red carpet reception followed by the movie premiere.

Judging from the event’s live tweets, the movie was well received by the audience. Adnan Jaffer, the antagonist of the movie took away the limelight.

Celebrities spotted at the event included the whole cast of Jalaibee with their partners, Ali Safina and Hira Tareen, Danish Taimoor and Ayeza Khan. The Jaswal brothers were excited for the big night of the family.

Take a look at the event coverage here: