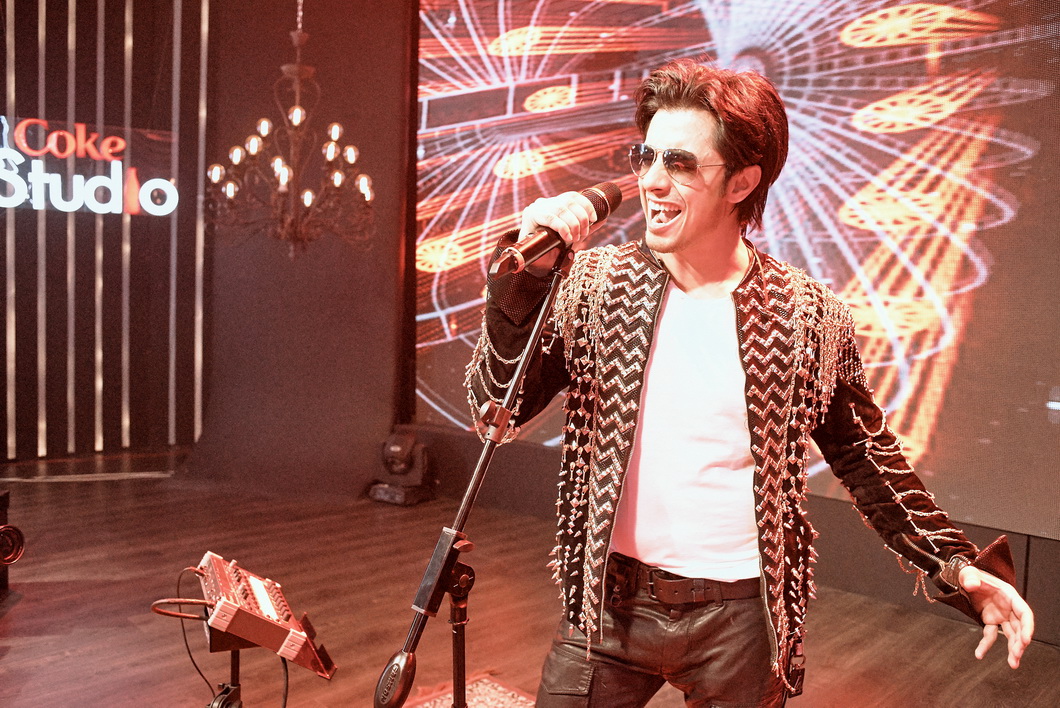 Ali Zafar’s song ‘Rockstar’ featuring in the second episode of Coke Studio Season 8 has taken social media by storm. With over 500,000 views on Facebook only since the song released two days ago, not only Ali’s loyal fans but Bollywood’s superstar, Hrithik Roshan, too expressed his appreciation of Ali Zafar’s latest over this jazzy new track.

The superstar praised Ali Zafar’s talent in his Tweet saying:

According to reports, Ali himself composed the song in just three minutes, showing what a truly efficient and talented rockstar Ali really is.

However, the amazing end result that one sees took a lot of blood and sweat and was no easy task. Coke Studio had to delay the shoot for the song by a day as Ali was severely unwell due to food poisoning and had been hospitalised. He could barely speak when he reached the set. Who can figure that out from both the audio and video of the song?

Taking a break from creating a fusion and covering a classic, as is the theme behind Coke Studio, ‘Rockstar’ is a completely new and an original composition and highlights Ali’s vocal prowess and his ability to sing all kinds of compositions.

Talking about composing the lyrics for ‘Rockstar’, Ali said he did not want clichéd lyrics. “I knew I didn’t want to write cliched lyrics about ‘A’ girl. Why not pun on my own self? That’s how ‘Rockstar’ came about.”

Ali also mentioned what an exhilarating experience it was recording ‘Rockstar’ and how he gathered the energy to record all his songs for this season of Coke Studio in one go and the mini celebration at the end of recording.