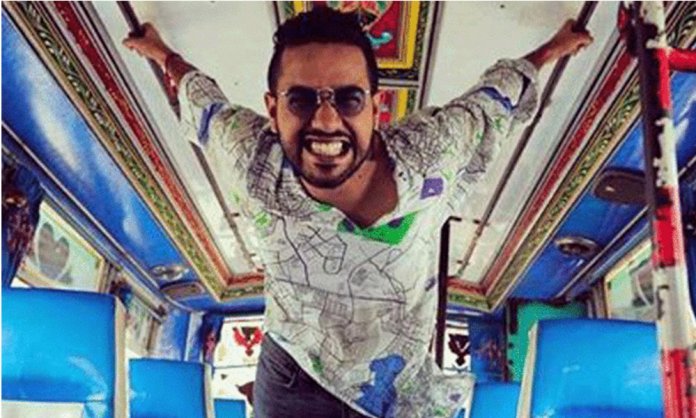 Looks like the famous ‘Wadere ka beta’ is all set to grace the film screen with his quirky presence.

That’s right folks! After lending his voice to a character for the sequel of the Pakistani animated movie, 3 Bahadur, Ali Gul Pir will make a cameo in ‘Maan Jao Na’.

Previously, he had a guest appearance in ‘Dance The Party’ track in Jawani Phir Nahi Ani! We cannot wait to see this sarcastic comedic genius in a movie!

Few days back I did dubbing for a film that I did an special appearance in. It will be releasing in November! Don't miss it! #cinema

“I play a negative character but it’s funny,” Ali revealed while in a conversation with Dawn Images. He also shared that his role has only a few scenes but he has put in his best efforts to deliver that character well.

“The director said he wrote the character keeping me in mind… the best thing was that I was given the creative freedom to improvise. I didn’t have to strictly stick to the script. So my dialogues have my input as well,”

What we know so far about Maan Jao Na is that it will be a light-hearted story about young love. Now we can’t help but wonder what interesting yet villainous twist will Ali Gul Pir bring to the screen.

Stars Adeel Chaudhary and interestingly enough an Iranian actor, Naaz Naurozi will be in lead roles. The film is written by Asma Nabeel and Ahsan Raza Firdousi and will be directed by Aabis Raza.