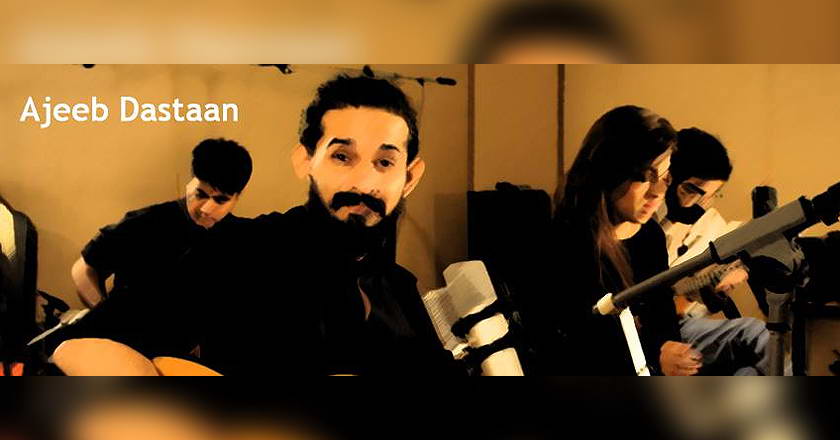 After mesmerizing the audience with his stunning performance at Coke Studio Season 7 with ‘Nadiya’ and ‘Pehla Pyar’, Jimmy Khan has released a touching rendition of ‘Ajeeb Dastan’ to pay his tribute to the singing maestro, Lata Mangeshkar.

The iconic Bollywood song that is still famous among the younger crowd is from a 1960s movie featuring Rajkumar and Meena Kumari.

Speaking about his latest song, Jimmy said, “Ajeeb Dastaan is a song that I’ve been extremely excited to release, because not only is it a classic but it’s a song I am personally very much attached to for many reasons – It’s been a family favourite ever since I can remember, and I’ve been performing this song on my own for several years now.”

“It was Zain Ahsan who suggested to collaborate with the talented Rahma Ali again and I hope we have done this legendary film song justice!”

Jimmy Khan’s rendition of “Ajeeb Dastaan” includes singer Rahma Ali on vocals, both having previously collaborated for a performance at the Coke Studio Season 7 session with ‘Nadiya’.