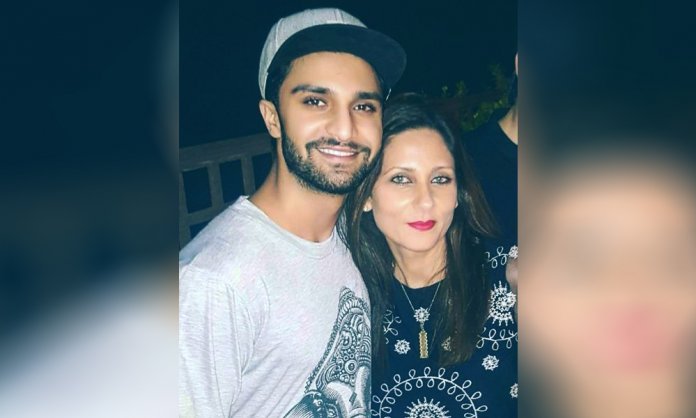 Ahad Raza Mir is a Pakistani actor and model who has just recently joined the Pakistani film industry. Prior to this, he spent most of his life in Canada and also worked in the theater before coming back to Pakistan.

Ahad Raza Mir is known to be very close to his family and has also shown us his affectionate side through various pictures on social media.

This adorable picture includes the actor himself, his brother Adnan and their mother being gently lifted up by the two cuties. This picture definitely shows us the incredible amount of love the family members have for each other.

Then again, there were some people too quick to pass some judgmental comments.

For example, this person thinks the family is being “too modern”.

This one here thinks they are trying to catch attention.. Wait, what?

And here, this person thinks they don’t know what it means to be a mother.

Finally someone who talks some sense.

Even though the picture is all about children’s love for their mother, why has it been misjudged from a wrong perspective? We agree that the relationship between the a mother and a son should indeed have respect but we also agree that it isn’t limited to just that.

A mother and her child can also be friendly and it is OKAY for the child to carry his mother, just like a mother does.

If you’re still not convinced, ever heard of the time a son carried his mother for a Tawaf around the Ka’bah? A son’s love for his mother cannot be merely described with just a few words. Similar to the saying, how many of us actually want to lift up our mother and hug her to let her know that she’s the best part of our lives?