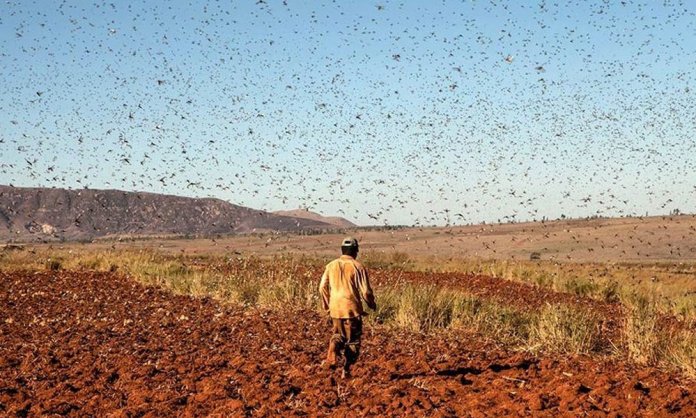 There was dirt, bad odour, standing water, carcasses everywhere, flies in everyone’s house, and the situation was becoming not only unbearable but also fatal for many.

Action was finally taken by the concerned authorities and cleaning drives along with fumigation campaigns began. We got rid of the flies but the flies have been replaced with locusts now.

Jinnah International’s lounge and boarding bridge was swarmed with locusts over the weekend, causing immense inconvenience for passengers. Moreover, cockroaches and ants accompanied these locusts and invaded NICH, sticking themselves to nebulizing machines and oxygen tanks.

Following are the areas of Karachi specifically reporting the locust invasion issue:

II Chundrigar Road and other places

Experts are of the opinion that the weather has caused these insect invasions. On the other hand there is also a prevalent issue of increasing cases of dengue being reported across Pakistan.

Have you also been noticing locusts around you? Let us know in the comments.