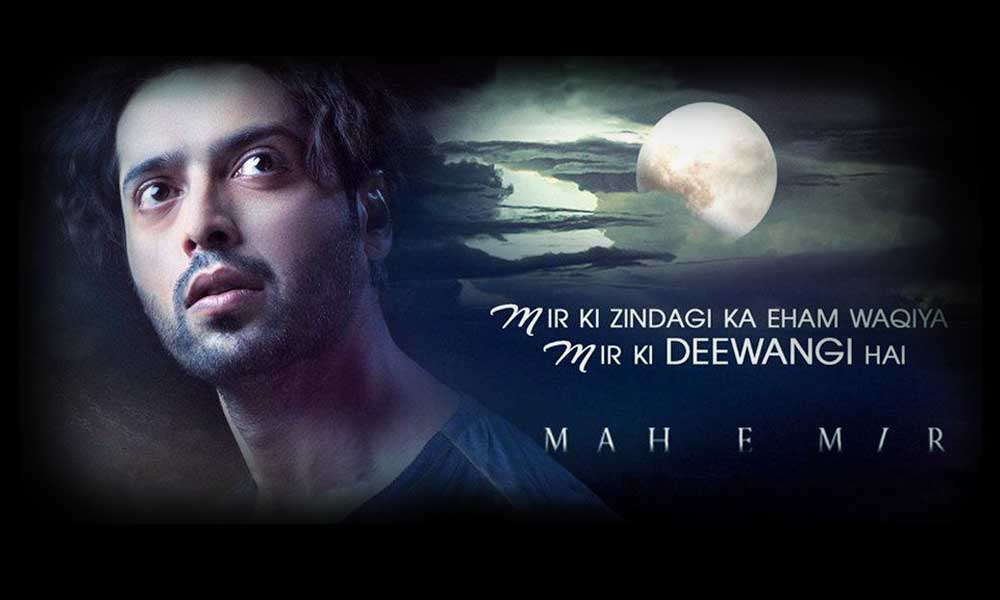 The highly anticipated, directorial debut of Anjum Shehzad – Mah e Mir is all set for release on May 6, 2016 in Pakistan and a day earlier on May 5 in the UAE. The film “ is a beautiful addition to the Pakistani cinema, one that we have all been waiting for “ according to Sultana Siddiqui , President HUM Network.

Here are some of the reasons that we think you should watch it :

If you’re expecting the film to be a biopic – it’s not! The film is in fact an intense love story, which according to producer Badar Ikram “focuses on the work of the acclaimed poet Meer Muhammed Taqi Meer ( title Mir), and “not on the life of the man himself. There are many details of Mir’s life which are sketchy so the film is created around his work, using his verses and diction “ which we will get to appreciate. Mir , born in Agra , India was one of the most prominent poets of the 18th Century who shaped the Urdu language.

We got a few minutes to catch up with the director and learn what inspired him to direct the film.

“ I was very lucky to get a script like this written by Sarmad Sehbai for my first film as a director. The shoot did not take as long as post film – we wanted to make sure that the writer, producer and myself were all satisfied”

Although we have seen Fahad on the silver screen for the first time in Na Maloom Afrad, Mahe Mir is technically the first film he signed up for. At a press conference held on 18th April, at a local 5 star hotel, Fahad talks about his role in the film and how the script left him astounded.

Fahad Mustafa, with Iman Ali playing the role of the female protagonist, plays the lead role. Sanam Saeed is also a part of the stellar cast and is said to have acted brilliantly, playing a difficult character that is totally different to her personality. Aly Khan, Huma Nawab and Manzar Sehbai have also performed their roles to perfection.

The first song of the film “ Us Ka Kharam “ was released on 18th April at the press conference. The lyrics were those of the legendary poet Mir himself, with the brilliant background score by Shahi Hassan, the music director for the film. It was also announced that the video would be available digitally for all to view and download. In addition a new song will be uploaded on the Internet daily till 23rd April.

As per all the cast members, the movie is said to be visually stunning and credit definitely goes to its director for creating that. Iman Ali whilst praising the film mentions “I call this film a dream and now that I see it Anjum has really brought it out in the visuals “.

The press conference was arranged earlier on 18th April by Starlinks PR where members of the press got a chance to meet and question the cast and crew. The co distributors of the film include HUM Network and Eveready Group of companies.