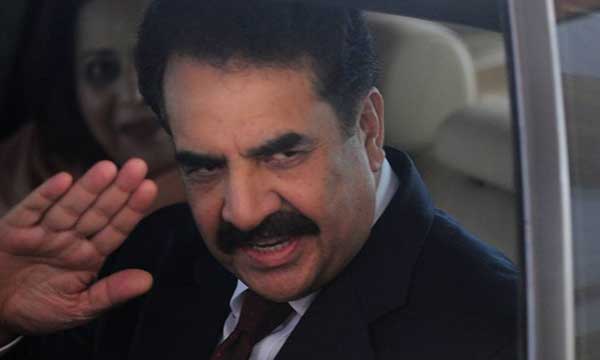 General Raheel Sharif, the 15th Chief of Army Staff of the Pakistan Army, has been serving for almost three years since the election of his position on 29th November by Prime Minister Nawaz Sharif. He is set to retire next month in November, however, due to the increased tensions between Pakistan and India, it seems as though the length of his term may be extended.

With relations between Pakistan and India over Kashmir turning for the worse, it is safe to assume that he will return to his position, regardless of his affirmations of his retirement on the set date.

On the other hand, there have been rumors of the extent of General Sharif’s power after his retirement. Many media and government officials do believe that he will continue to have some influence, if not more, after the end of his term. Nawaz Sharif, although under the influence of several PMLN leaders to increase General Sharif’s term, is incredibly keen on the retirement. Sources have argued that his position could be altered to Field Marshall, although Nawaz Sharif seems hesitant to comply with that request.

It is being said that this is because he would like to assert the power that he lost during General Sharif’s reign and that may possibly be achieved when General Sharif steps down from his position. At the end of the day, Nawaz holds the responsibility to decide whether to offer the extension or to appoint a new Army Chief.

Over the years, General Sharif has gained popularity amongst the people for countless reasons. Here are five major achievements of General Raheel Sharif that makes him totally irreplaceable!

This operation commenced on 15th June 2014, after a terrorist attack conducted on Jinnah International Airport in Karachi. This operation continues to this day and has managed to clear more than half of the land from terrorists. 2. #KarachiOperation- a number of terrorists reduced massively in Pakistan

There has been a massive decline in terrorist groups because of the Karachi Operation. General Raheel also provided the Sindh Rangers with new equipment for better results. Because of the number of threats in the past, there had been no military parades, but General Sharif organised one on 23rd March 2015 after a seven-year gap. 5. Responsible for a Peaceful Balochistan

If his term does come to an end next month, it’ll surely be a great loss to Pakistan!