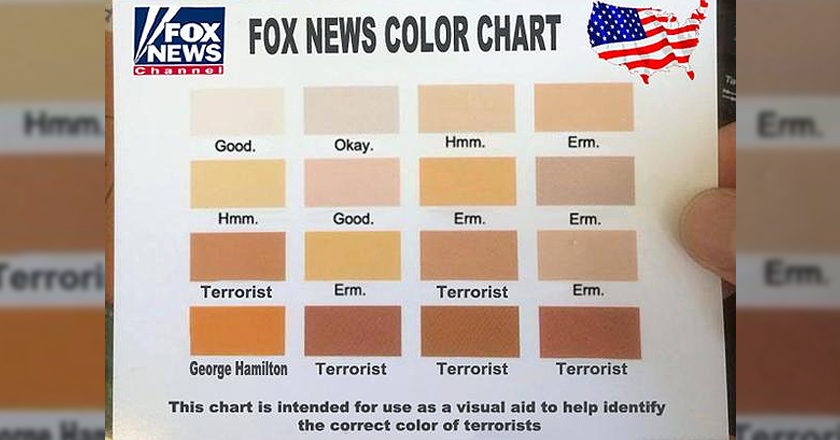 After the recent unfortunate Paris attacks, an interview with US terrorism expert, Steve Emerson, on the popular news channel Fox News went viral, where he claims that Birmingham is a Muslim only city. Following the interview, thousands of people across the world resorted to Twitter to create the hashtag #FoxNewsFacts and tweet hilarious interpretations of his outlandish claim. The hashtag is still trending on Twitter days after the interview.

Here are some of the most hilarious tweets for you to enjoy:

I’ve managed to get hold of the @FoxNews Terrorist Color Chart. #foxnewsfacts pic.twitter.com/rAjEVgcCb6

A popular android game was hacked by ISIS and the virtual birds were tortured & forced to accept Islam.#foxnewsfacts pic.twitter.com/0a14aQQ1Ov

#Muslims are controlling the weather in Britain. In some places it’s Sunni, but mainly Shi’ite. #foxnewsfacts pic.twitter.com/fXzpIPXofa

At least Fox gave us all a laugh. #FoxNewsFacts was the funniest hash tag since #AggressiveHomosexuals.

Muslim Jihadists force the Queen Elizabeth to convert to Islam and change her name to Aliza-Bhat. #foxnewsfacts pic.twitter.com/BPgKvlt7V4

The “S” on Superman’s chest stands for SubhanAllah. pic.twitter.com/0zQHNHpR4J #FoxNewsFacts