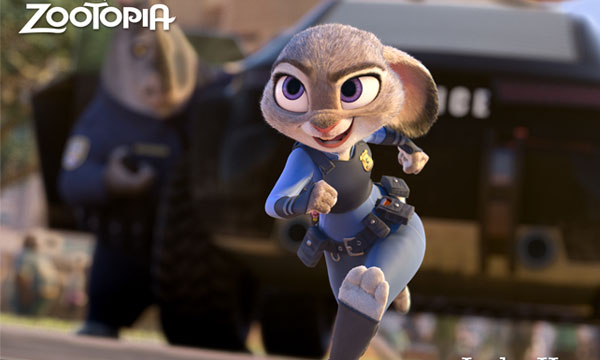 Disney’s “Zootopia” is top of the global box office for a third week running, reports Rentrak. After smashing records set by “Frozen” in its opening weekend, the animated film about bunny rabbit cop Judy Hopps, who teams up with a fox to solve a crime in the Zootopia animal kingdom, is still continuing to dominate the charts.

“Divergent Series: Allegiant”, has jumped straight in at the number two spot on its opening weekend, whilst Oscar-winning movie “The Revenant” continues to prove popular, finding itself in the top three once again after the weekend.