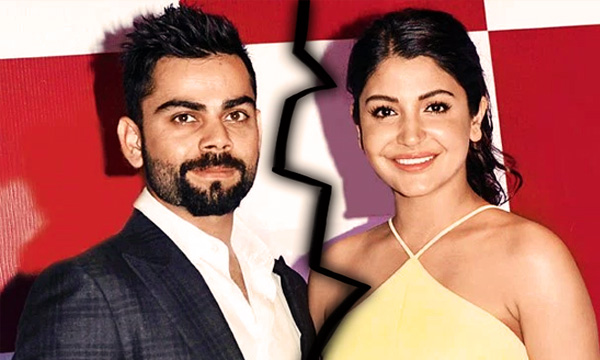 Rumor has it, Indian cricketer Virat Kohli has ended his three-year relationship with actress Anushka Sharma after she declined his marriage proposal, saying that she wants to currently focus on her career.

Anushka and Virat’s social media behavior gave the hint that all was not hunky dory in the relationship. The cricketer has unfollowed Anushka on all social media platforms – sending a message to the world.

She, however, continues to feature in his 9.24 million-strong followers’ list.

BollywoodLife.com confirms all rumor to report that the couple has indeed officially broken up and are no longer together. They have decided to part ways and are both focusing on their respective careers at the moment. Marriage was the point of disagreement between the couple with Virat keen on taking the relationship to the next level. While Anushka is busy with her work, Virat is clearly not over her – not yet. In fact Virat is willing to give their relationship another chance and win back Anushka.

It is unlikely that both Anushka and Virat will come out in the open and make an official statement, sources close to the couple reveal to the website that they have actually ended their relationship.

Clearly, the year 2016 if turning out to be a jinx as far as Bollywood relationships are concerned.

Though actresses dating cricketers is not new, Vir-Ushka became one of the most talked about couples in recent times. They first met in 2013 while shooting for a commercial and soon rumours of them being a couple started doing the rounds.

They stuck to the ‘good friends’ stance until a year ago. In February 2014, Anushka-Virat were spotted walking hand-in-hand in Auckland where India was playing against New Zealand.

Later that year, the actress admitted to dating the young Test captain. Ever since, the duo has been spotted together, holidaying or visiting each other’s houses. Anushka even faced the wrath of Indian cricket fans and was blamed for Virat’s dismal batting performance during the 2015 World Cup semi-final match.

Anushka’s next release ‘Ae Dil Hai Mushkil’ is with her ‘Bombay Velvet’ co-star Ranbir Kapoor and is also busy shooting for ‘Sultan’ opposite Salman Khan.