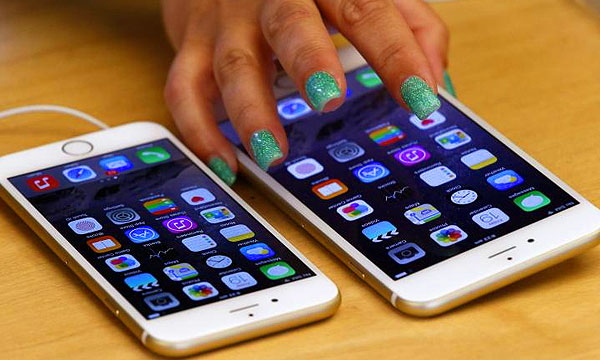 With the release of the latest edition of the Apple iPhone, the 6S just around the corner, one can’t help but speculate how it will perform in the Pakistani smartphone market.

Social media has already been set alight with rumors about its specifications, features, and everything in between, and tech enthusiasts around the world as well as in Pakistan can barely wait to get their hands on the phone.

The latest iPhone, which will most probably be known as the iPhone 6S, will be much stronger, making use of a high-quality aluminum alloy that will prevent another ‘Bend gate’ from happening. However, this added feature will add significantly to the cost of building the device.

The people at Apple can go two ways with this additional cost.

Either they can charge more for the device, risking a dip in sales. Or they can absorb the rise in cost and decrease their own profit margin. Wall Street business analysts and experts believe that the projected additional cost of the phone, coupled with the absence of any killer features to instill enthusiasm in avid Apple followers, would allow sales to fall and not build on the huge success of the iPhone 6 and iPhone 6 Plus, just days before the launch of the phone on September 9, 2015.

In Pakistan where QMobile dominates the smartphone market because of its ability to provide quality phones at considerably low prices. The cost factor plays a major role in the decision-making of mobile phone buyers in Pakistan, who first inquire about the price of a device before moving onto its features and technical specifications.

In such a saturated market, only the wealthy can afford the luxuries of possessing an expensive gadget like Apple’s iPhones. The iPhone 6 and iPhone 6 Plus are available to the Pakistani audience for up to PKR 60,000 and PKR 90,000 respectively. The iPhone 6S is understood to be around the same range as the iPhone 6 Plus.

Without any significant upgrade on the software and minimal changes in the hardware, apart from stronger Aluminum, the immediate future of the iPhone 6S in Pakistan remains bleak. This is due to the fact that even though the phone will be faster and much more battery efficient than its predecessors if rumors are to anything to go by, it lacks killer features that will force users to buy it. However, the phone will definitely generate high sales since a majority of iPhone users feel at ease with the extremely user-friendly interface of the iOS, while the Apple brand is a massive sales generator too.

According to rumors, the iPhone 6S would possess a 4.7-inch LED-backlit IPS LCD touchscreen, a Dual-Core 2Ghz Apple A9 Processor, a 12MP main and 5MP front camera, and will have the much-hyped Force Touch technology.

With all of this, it will be interesting to see how the future of the iPhone 6S shapes up in Pakistan.