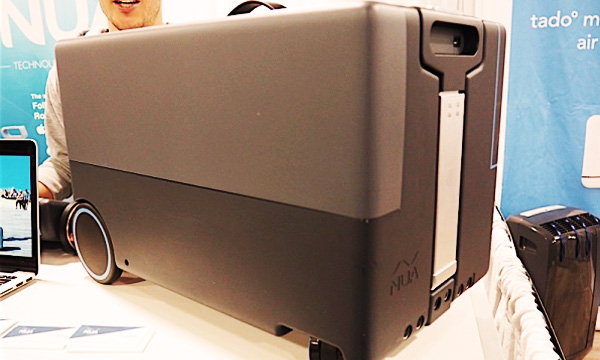 The smart suitcase is controlled via a smartphone app, a camera sensor and Bluetooth technology that helps the suitcase to track the owner’s steps. The suitcase operates on flat surfaces and could come in handy in places such as the airport or hotel lobby. Proximity detection is meant to help the suitcase avoid obstacles while USB ports can power portable devices like smartphones and tablets. Other features include an anti-theft alarm, location tracking, and built-in scale that can tell users if they’ve packed over the weight limit.

Data is sent in real-time to smartphones; the other features of the smart suitcase include proximity detection to avoid obstacles, USB ports that can power portable devices like smartphones and tablets, anti-theft alarm, location tracking and built-in scale that measures the weight limit.

Have a look at how the smart suitcase works

All the data using such features are directly sent to the owner’s smartphone through the connected app. According to NAU Robotics, the smart suitcase is currently in a testing phase; it is likely to be introduced in the market within a year.

The concept of a hands-free suitcase is the recent expansion on luggage-tracking technology, that has witnessed the popularity of a small device inside the baggage that sends owners SMS messages or email alerts regarding the whereabouts when the plane touches down.