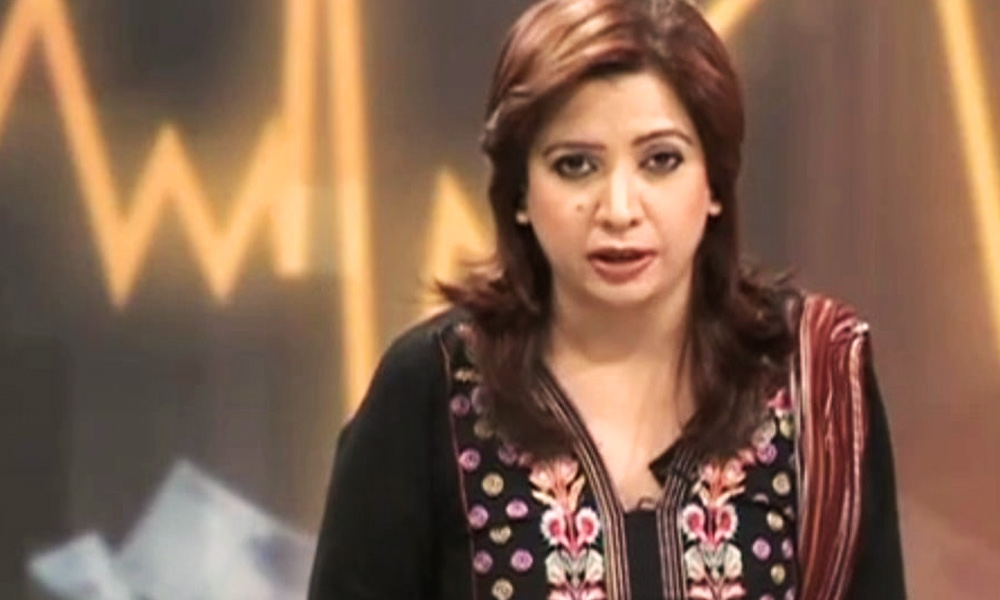 In a shocking turn of events, a female TV news reporter was slapped by a Frontier Constabulary (FC) trooper in Karachi on Friday, and social media is outraged!

In a country where subjects like honor killing and sexual harassment are being raised and discussed openly, and the nation was joyous about the recently passed Honor Killing Bill in the Parliament, a woman reporter has been assaulted on live camera and it’s NOT okay!

The female reporter of a private news channel K-21, Saima Kanwal was doing a report on NADRA office where people were waiting in long queues.

The police officer was constantly misbehaving with the women who were waiting at the NADRA office and even tried to stop the reporter from shooting.

It is being reported that the officer, Hassan Abbas also fired 18 air shots and tortured the cameraman and the driver. There were empty gun shells that were shown lying on the ground as well.

As the video went viral, there were all kinds of reactions being observed. Most of the people condemned the incident labeling it as shocking and violent while there were some people who actually supported it. They claimed that since women demand equality, this is an example of that and had there been a guy in Sadaf’s place, he would have been treated the same way. It is simply not justified to hit anyone, not matter how annoying they are;

Ohhhhh MMMM GGGGG 😳😳😳😳😳😳😳😳 This #NADRA guard has done something what I always wanted to do with this lady.. Seriously.. https://t.co/1Nduj1CfKP

Women telling her about his attitude . Did she respect him ? by pulling his uniform , First Media Plays with there patience ! #NADRA pic.twitter.com/zBZpY10vSn

Assault is wrong but she pushed her luck.She dragged him by his shirt! if one refuses to answer leave them. She asked for that slap! #NADRA

Tasked with feeding the 24/7 news cycle, reporters must persistently consider the ethical nature of their work. #NADRA

#NADRA Slapping woman is not ethical. Pulling uniform and behaving like that is ethical? Females can't do anything with the label "FEMALE"

I have compaint against FC jawan, why he didn't slap twice #NADRA

The police have confirmed that a case has been registered against the guard for ‘assaulting’ and “conducting aerial firing.” Nadra office has also filed a complaint against the TV Channel K-21 for hindering the official work at NADRA office.

Do you think it was justified to hit anyone like this, be it a man or a woman? Let us know in the comments below.