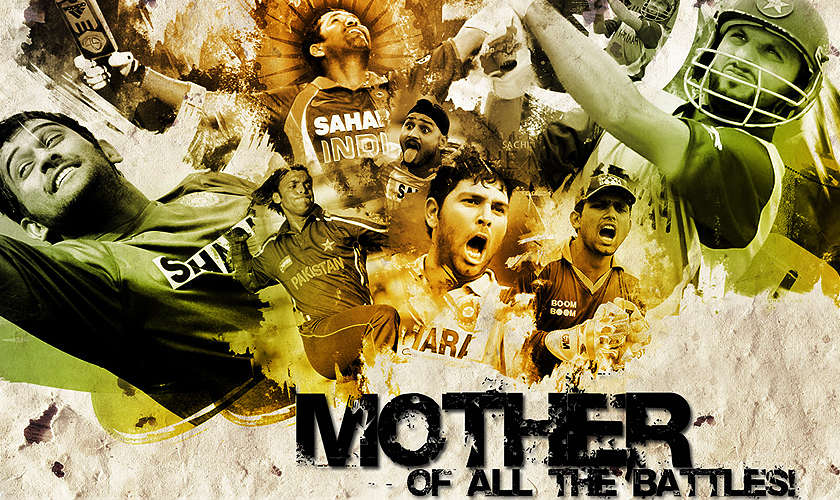 With the eagerly anticipated ICC Cricket World 2015 just 78 days away, cricket fanatics around the world are excitedly gearing up to get into the cricketing fever, supporting their countries, and praying that their teams bring the most coveted prize back home – the Cricket World Cup trophy!

With the most awaited tournament comes the chance to witness old rivalries being ignited on the grandest stage of all. Cricket’s most heated and fierce rivalry will once again take centre-stage, when neighbors, arch-rivals, and the sub-continents cricketing giants, Pakistan and India, kick off their World Cup campaign against each other, at the Adelaide Oval in Adelaide, Australia.

Pakistan and India meet each other for the sixth time in World Cup history, with the defending champions India having a perfect record in the head-to-head bouts, winning the previous five, the last of which came in the semi-final of the 2011 ICC World Cup.

The Pakistanis have a brilliantly unpredictable team, with multiple match-winners and several ODI specialists present, and are on the lookout for redemption against their fiercest sporting rivals when these two meet in the famous Adelaide Oval, in Adelaide, Australia on February 15, 2015 in Match 4 of Pool B.

Let us now take a look at some interesting facts about one of the fiercest sporting rivalries, Pakistan vs. India:

– The first contested ODI between the two sides was played on 1st October, 1978 in Quetta, Pakistan. India won the contest by 4 wickets.

– Since then, India and Pakistan have played a total of 131 matches, with Pakistan winning 72 encounters, India winning 50, while 11 games were either abandoned or yielded no result.

– India and Pakistan have played each other five times in the World Cup tournament, with India holding a perfect record of five wins and zero losses.

Expect fireworks when these two cricketing giants face off in one of the most eagerly anticipated matches in World Cup history!

What is your favorite cricketing venue? What has been your favorite World Cup memory between these two sides? How eagerly are you waiting for the tournament to begin? Will we see the rise of the Green Shaheens? Or are we going to see the Blue Indian Army taking away the glory once again? Share your thoughts with our team!

Have your say in the comments’ section below.