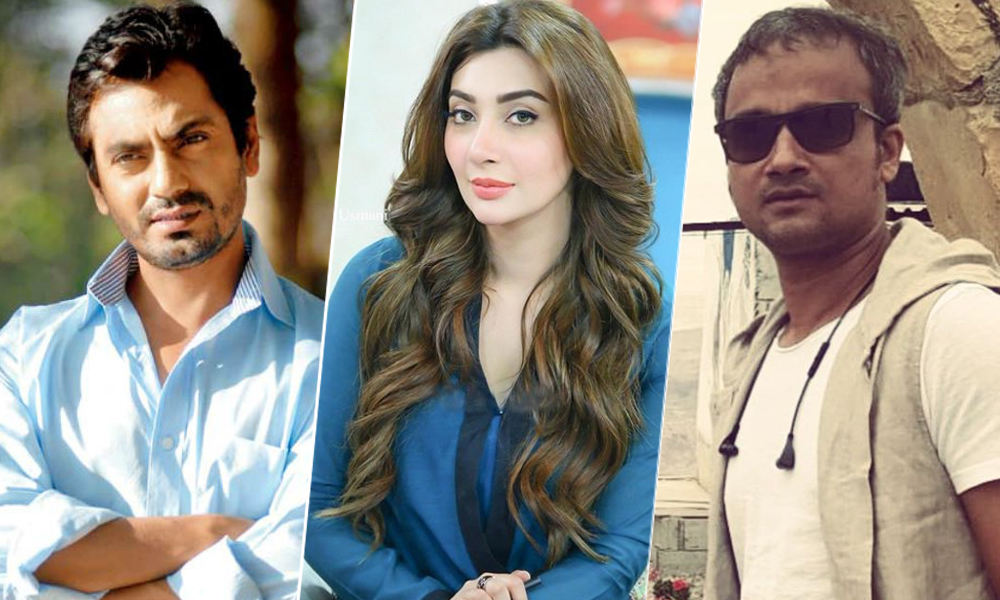 Just recently Bollywood actor, Nawaz Uddin Siddiqui floored the critics with his power-packed performance as ACP Majmudar in Raees. Time and again, he has proved his mettle as an actor and even stole the limelight in his latest movie from B-town’s Don, SRK! Now the buzz is that the hero will soon be seen on Pakistan’s T.V screens in an upcoming TVC!

And guess who he will be sharing screen space with? Rumors are that it is Man Mayal’s Jeena “Ayesha Khan”

Shocked right? We are too. If the grapevine turns out to be true, it will definitely be awesome to see the stars of India and Pakistan uniting for a project amidst controversies. Apparently, the pair is shooting in Dubai for the soon-to-be-released ad.

Gossip is that the renowned commercial director Syed Zaheeruddin of iDcreations is directing the advert! Many might know that the veteran director is synonymous with directing Kenwood Appliances, Homage and much-lauded, multi-episode Dostea series of TV commercials. Nawaz Uddin has been nominated and won a number of awards for his roles in Indian cinema, while Aisha has proved her versatility as an actress with numerous roles in Pakistani dramas and films as well as hosting and judging a local modeling reality show.  Both are bound to work their magic and make their endeavor the talk of the town.

Another leak reveals that the pair is allegedly shooting for Kenwood’s TV commercial.

When will the TVC hit the airwaves, let’s wait and watch!