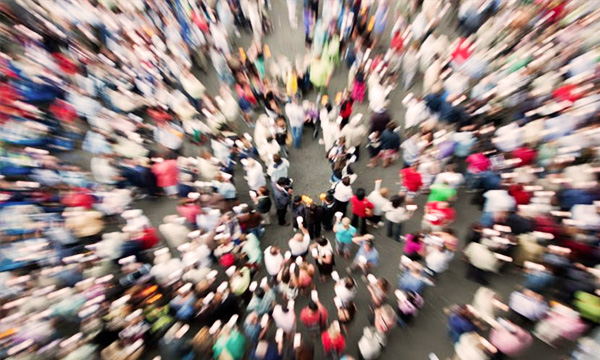 A report by Asian Development Bank (ADB) has predicted that Karachi’s population will double in the next 15 years. This will result in Karachi being the 7th most populated city in the world.

At this point in time, Karachi stands as the 12th most populous city in the world, with an approximate total population of 16.62 million. Asian Development Bank’s “Key Indicators for Asia and the Pacific 2015” report surmises that Karachi’s population is expected to rise by 50% within the next 15 years, increasing to a staggering 24.84 million.

This report serves to signify how resources need to be managed accordingly. Strategies and plans should be developed to support growth in the city and develop infrastructure to support the increase in population. Presently, the growing needs of the rapidly increasing population of Karachi are hardly being met, with city planners failing to meet these needs and unplanned development taking place in the city – with no benefits to the population in sight.

Similarly, the city of Lahore is also expected to experience an increase in numbers, with a tentatively proposed population of 13.03 million people. While Lahore is presently not on the list of most populous cities in the world – which includes a total of 30 cities from around the globe – it is expected that by 2030, Lahore may rank at number 27th on this list.

The population growth predictions by the ADB are lower in comparison to those made in the Framework for Economic Growth by Pakistan Peoples Party government. It predicted Karachi to have a population of 27.9 million and Lahore 14.6 million by the year 2030.

The Framework for Economic Growth was prepared by the Planning Commission. They claimed that with improved planning and allocation of resource and infrastructures, urban development in cities could lead to becoming instruments of growth.

The ADB report indicates that there is an increasing rate of urbanization in the country. The population residing in cities growing year by year. There is a noted increase from there being 34% urban population in 2005 to 38.6% by last year.

According to The Framework for Economic Growth, it is very likely that 50% of Pakistan’s population is going to be living in cities by 2030.