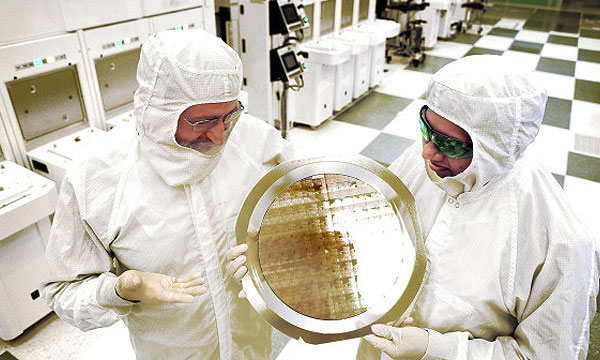 From smartphones to spacecrafts, the new Chip introduced by IBM is the biggest news on social media today. IBM unveiled an amazing new chip that could boost the power of almost everything.

It was the first ever seven-nanometer chip that the IT industry has seen. The chip holds more than 20 million tiny switches or transistors for improved computing power – so tiny yet so big isn’t it?

According to IBM, the new powerful chip will fulfill the future demands related to cloud computing, Big Data Systems, cognitive computing, Mobile products and other emerging technologies. The chip was developed by IBM in collaboration with Samsung and GlobalFoundries at the State University of New York at Albany as part of the research effort that cost $ 3 billion.

Generally the chips in most of the PC’s and other devices use microprocessors that range between 14 and 22 nanometers. This new and incredible piece of technology serves as at least a 50 percent power-performance improvement.

Michael Liehr, the vice president of innovation and research at the university said, “Enabling the first 7nm node transistors is a significant milestone for the entire semiconductor industry as we continue to push beyond the limitations of our current capabilities,”

The major focus of the research was on discovering the physical limitation of existing materials and was able to develop silicon-germanium transistors to boost processing power.