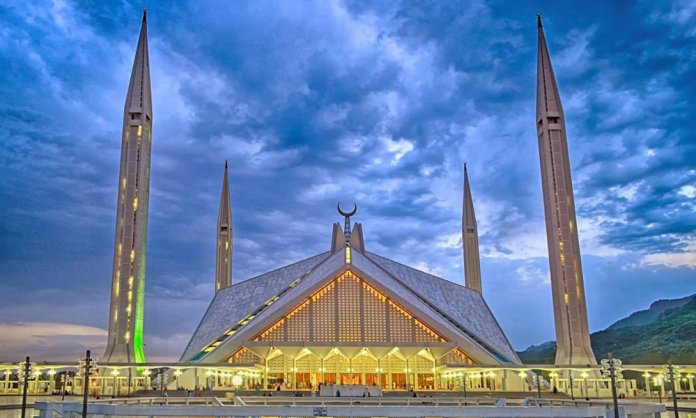 Pakistan’s National landmark in Islamabad, Faisal Mosque also known as Shah Faisal Masjid is one of the unique mosques in the world. It was designed by a Turkish architect who then shaped it as a desert Bedouin’s tent.

However, the majestic Masjid has now been run over by tourists visiting the heritage area. It is a sad sight to see the courtyards and gardens being littered with empty snack packets, leftover foods, plastic wrappers, and bottles.

A concerned Pakistani shared the following pictures on social media to raise awareness of the issue. Instead of protecting national heritage, people have been misusing the area for picnic spots and other derogatory things. Set in such beautiful surroundings, it is heartbreaking to see the great Masjid being treated with such disrespect.

If no action is taken, this will become a dumping ground for all! In fact, the Holy Prayer area has also been reduced to becoming a playground for the children that are visiting with their parents.

Children use the Faisal Mosque as a Play Ground! Empty soft drink glasses such as this can be seen littered all over the Mosque.