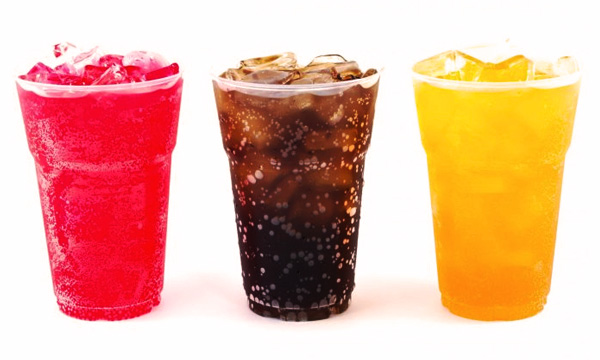 “I can announce that we will introduce a new sugar levy on the soft drinks industry,” Osborne said, adding that the tax would be on drinks with more than five grammes of sugar per 100 milliliters.

“We all know one of the biggest contributors to childhood obesity is sugary drinks.”

“I am not prepared to look back at my time here in this parliament, doing this job and say to my children’s generation, ‘I’m sorry. We knew there was a problem with sugary drinks. We knew it caused disease but we ducked the difficult decisions’.”

Britain has some of the worst obesity rates in Europe.

Official data from last year showed 61.9 percent of British adults and 28 percent of children aged between two and 15 are overweight or obese.

“We did it!” celebrity chef Jamie Oliver, who has long campaigned for a sugar tax, said on Instagram.

We did it guys !!we did it !!! A sugar levy on sugary sweetened drinks …… A profound move that will ripple around the world ….business can not come between our Kids health !! Our kids health comes first ….. Bold, brave , logical and supported by all the right people….now bring on the whole strategy soon to come … Amazing news #jamieoliver

“A profound move that will ripple around the world,” he wrote.

Shares in soft drinks producers plunged after the announcement.

Professor Isabelle Szmigin from the University of Birmingham said: “It is really important that the government is taking seriously the sugar issue and its links to obesity.”

“The challenge now will be whether the large soft drinks manufacturers will reform the contents of their products, rather than simply raising prices,” she said.

Osborne said the tax would have two bands — drinks with more than five and eight grammes per 100 milliliters — and was estimated to raise £520 million a year (661 million euros, $732 million).

The money raised would be used to fund sports activities in schools, Osborne said. He said the delay in implementation would “give companies plenty of time to change their product mix”.