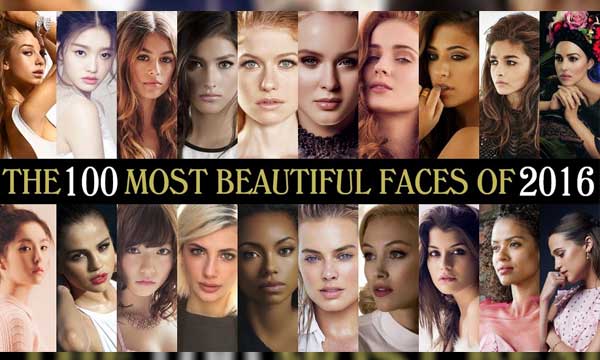 2016 has officially come to an end and praise the Good Lord for that. From deaths and disasters to Leonardo DiCaprio finally winning an Oscar for his performance in The Revenant, 2016 was  indeed a roller coaster ride of a year. But before we actually bid farewell to the year, the Annual Independent List of the Most Beautiful Faces of 2016 has been released.

According to the list, the faces featured happen to be most desirable, diverse and international among a host of others.

The roll released annually is one of the most prestigious lists which features some of the most beautiful faces from all around the world.

Bollywood beauties like Deepika Padukone, Urvashi Rautela, Alia Bhatt, Priyanka Chopra and Aditi Rao Hyderi made an entry on this year’s list with Jordun Dunn from UK. The British babe bagged the first spot in the 100 Most Beautiful Faces this time around

Check out the entire list in this video below.