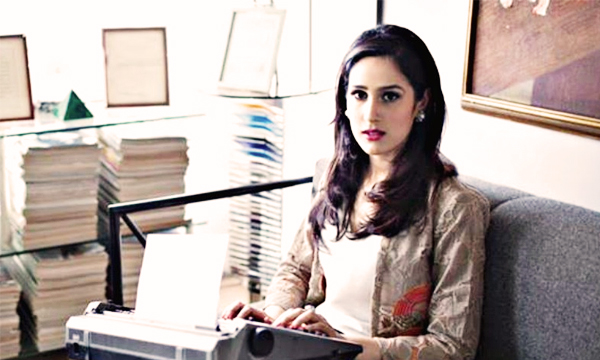 Is there anything Mira Sethi can’t do? From acting to modeling and now writing, Pakistani writer and actor Mira Sethi can do it all! The talented actress has landed a global book deal with International publishing giants Knopf and Bloomsbury.

By being roped in by Knopf, Mira has joined an impressive list of authors like Jhumpa Lahiri, Margaret Atwood, and Haruki Murakami. Bloomsbury has published books like J.K. Rowling’s Harry Potter series and Khaled Hosseini’s fiction.

Emotional, personal news. My book — a collection of short fiction — has found a home with Knopf in the U.S. For those who don’t follow publishing, Knopf has published some of my favourite authors—writers whose novels I began reading at 16, whose body of work is beloved the world over. They include Jhumpa Lahiri, Chimimanda Angozie Adichie, Toni Morrison, Margaret Atwood, Murakami, Nabakov. When Knopf made an offer on my book I roamed midtown Manhattan in a stunned daze. I walked 50 blocks in very high heels, because time had suddenly stopped. Then I went home and saw my bloodied toes. I continued grinning like a lunatic. 😄 In the UK, I am thrilled to have found a home with Bloomsbury (proud publishers of some of the best women’s writing + the story of a boy named Harry Potter). My editors at Bloomsbury are gentle, wry, steeped in the language of the subcontinent. Bloomsbury India will publish the book in “the neighbouring country,” to borrow Karan Johar’s immortal words. My book will be out in 2018. Watch this space for more news! #Gratitude #bookdeal #mirasethi

Mira was the former books editor at the Wall Street Journal and has contributed reporting and feature articles to publications like The New York Times and The Caravan for several years.

“When my agent sent out my manuscript, I was praying the editors at Knopf would glance at it,” said Sethi. “To think that Knopf — whose writers I have read and obsessed about since I was a teenager — is now my publisher is a dizzying dream-come-true. Ditto with Bloomsbury, who publish some of the best women’s writing in the world. I am just so thrilled.”

Every year, I "showstop" for one designer. This year it was the lovely, super chill @faizasaqlain_official. Before I went on stage I was asked what "fashion" meant to me. I said style was expressing who you are, being true to your inner voice. Fashions come and go, but style is eternal. Here's to being natural, and smiling, lots, and being someone whose work determines, ultimately, the essence of who you are. 💟 #QMBCW #mirasethi #pakistaniactress #bridalwear

“Her debut book is a brilliant work that looks at life in Pakistan in a deeply human way with humour, intimacy, compassion, and verisimilitude,” said Sethi’s editors at Knopf. “Mira’s stories upend traditional notions of identity and family in South Asia through deeply realized portraits of characters one comes to know and to care for.”

At the #premier of #lahoreseaagey ⚠️

“I have been following Mira’s reporting for several years,” said Knopf Chairman Sonny Mehta, who acquired the book jointly with Editorial Director Robin Desser, “and was thrilled to make her acquaintance on the page as short story writer. Mira’s work is accomplished beyond measure, and I am confident her fiction will be celebrated around the world.” Desser echoed Mehta’s sentiments. “I haven’t seen a debut this assured in many years,” she said, “Mira is a writer who brings us the news even as she gives us larger, universal truth. We are clearly at the beginning of an important literary career.”

“We are so very excited to be publishing Mira Sethi’s fresh and distinctive voice in this sometimes darkly humorous and always tender collection of stories.” said Sethi’s editors at Bloomsbury, Faiza S Khan and Alexandra Pringle.