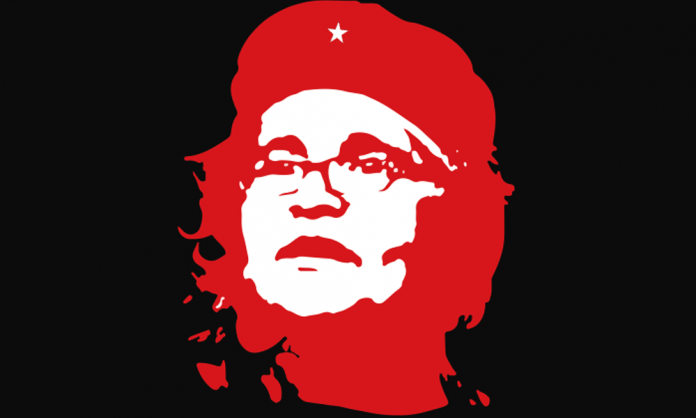 In an era where a single word from the mouth can cause you a lot of trouble with the masses; it has become a norm to make fun of those who have weird accents, who cannot speak correct English, and so on.

Without thinking about the impact of the bashing and the mockery on the targeted person, we continue to do so. Why? well simply because of it being very “uncool” and “paindu” of them.

Discrimination now flows in our blood too!

Let’s admit it, we are born to speak proper English and anything less will turn off the other person.

No one thinks about the emotional trauma it would cause those people and their families. These videos mocking these people will not only thrash their confidence but also make them realize what a shallow thinking the other person has.

So what that they spoke wrong English? So what they have a different dialect or have pronounced a word wrong? That’s what makes them different. And being different is NOT bad, in fact, it’s actually good.

Let’s talk about Qamar Aunty aka Aunty Gormint. After facing a major social boycott because of her abuses towards the government, she’s now facing problems finding suitable matches for her daughters.

“We are proud of you”

Another example is the girl who said; “we are proud of you” and created a havoc on social media. If you think about it, we all have said something at the wrong place at the wrong time. Remember the time when you the slip of tongue? Or the time your elder sibling made you admit you were dumb? It was a very common situation which was drastically exaggerated!

Thanks to our society, the friends and family of the girl had told the media that the poor soul has become so devastated, she refuses to go to school, let alone step outside of her room!

Here’s that video which went viral on social media:

Just because she got excited and didn’t think before speaking, doesn’t mean we have a right to make fun of her. She’s just a kid! A kid who has now become a victim of the society. Atika Ahmed wrote about the way the virality of this meme has affected the girl’s life,

“I asked sir about this girl. He said trip ke baad wo aik din bhi college nahi aai. He even asked this girl’s friend about her. The friend said that the last time she talked to her, she was crying on top of her voice and was continuously saying that she can never face the world and that she just wants to die now and that all she wanted to say was that she is proud of her teachers and the college but with all the chaos and energy around she just got confused.”

Another new victim of this new trend of mockery is a small girl who confidently named all the animals she saw in the zoo, however, did a slip-up and said “Gainda” instead of “Rhinoceros”.

So what? we’re pretty sure many of us have our moments where we forget and do major slip ups and that too in public. That doesn’t mean anyone else has the right to mock you for it!

Talking in English and Urdu mixed is a common slang-language used in Pakistan by hum sub! Then why has this child become a subject of mockery?

Social media is being bombarded with memes and parody videos of these slip ups. Some end up ending up as memes and songs!

Disclaimer: Foul Language in the video.

That’s the limit. What if it was you who had a slip up like the one the girl from Murree trip had?

Just think about it. Is it moralistic for you to make something which mocks someone go viral?

NO! it’s not. Share this as much as you can to stop this new trend and save our future generation from the horrors of social media. We cannot let 2 seconds of laughter ruin someone’s life, not to forget the individual is associated with an entire family and extended members.

It’s about time social shamming comes to an end!