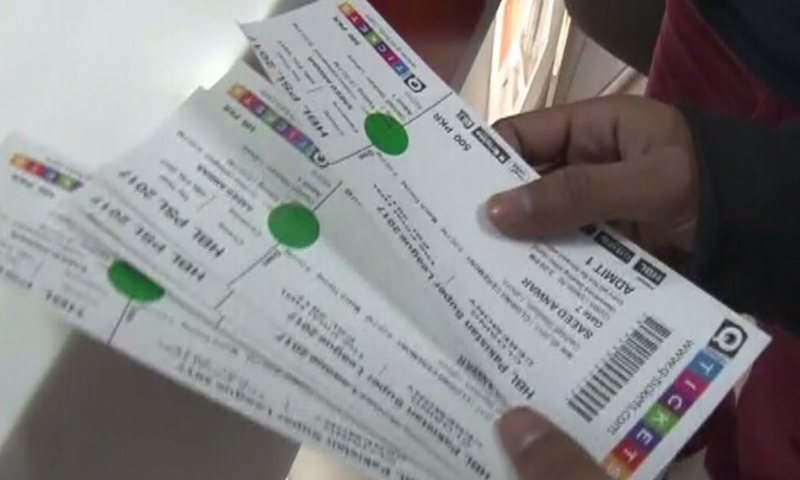 Pakistan Super League (PSL) is a platform created by Pakistan Cricket Board for sports fanatics who want to witness their favourite players in action! However, the very same cricket lovers are now furious with the PSL tournament.

PSL- A Game For Elites?

Pakistanis eagerly awaited the final decision of whether the PSL 2017 final would take place at Lahore’s Gaddafi Stadium, or the nation’s new international home ground, UAE. After news broke that the final will be held in Lahore, it soon became obvious that PSL is not a league for the common man but for the high elites of society.

Apparently, fans have already paid for their seats but were later shocked with an email that their reservations have been cancelled. The lucky ones were able to bag PKR 500 worth of tickets. But what about those who cannot afford tickets priced at up to PKR 12,000?

A cricket enthusiast while awaiting their turn to purchase tickets commented on the matter:

Unfortunately, the black market has taken advantage of this situation by selling tickets at an unbelievable price. Cricket enthusiasts from all over Pakistan have already made their way to Lahore, hoping to find cheap tickets at local banks designated as selling points. Unfortunately, their efforts were mostly futile, as one bank official told local news that his branch had received only 10 tickets of Rs500 value.

“Due to limited capacity in the [Gaddafi] stadium versus the impossible demand, we are reducing corporate commitments and putting more tickets on sale to the public.”

Thus, Pakistan Super League is a game for those who can afford to buy a seat worth thousands, belonging to the clan of individuals who can spend loads of cash without having to worry about it. However, the common man continues to suffer!

Asides security, justice, equality, law and order,  a lot more is needed to be done for PSL 3 final in Karachi!