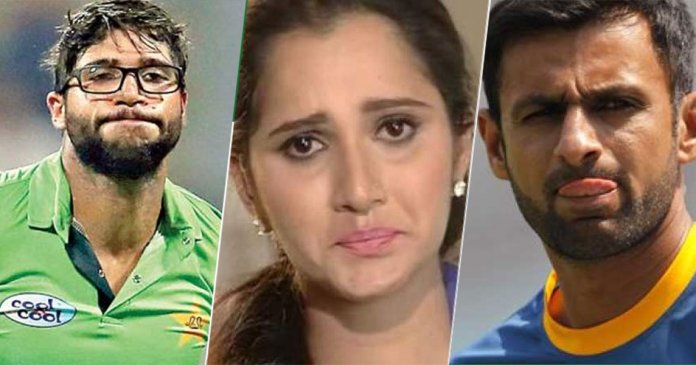 After a heart-breaking loss to India in World Cup 2019, Pakistan cricket is now facing severe criticism not only from their fans but also their seniors and other individuals from their circle.

Social media has been furious, while many have also given tips and fitness suggestions including top British-Pakistani Boxer Amir Khan and even popular sensation Nasir Khan Jan.

Following the defeat, a video showing the players enjoying fast food and having sheesha went viral. The video features Shoaib Malik, his better half Sania Mirza, and Imam-ul-Haq.

This is our preparation for World Cup.

Malik and Parchi were enjoying Sheesha before today’s match. pic.twitter.com/Zu3ie71EqA

Rumors sparked calling out the cricketer for violation of curfew a night before the big clash between the arch-rivals.

However, PCB denied any violations made by Malik or Imam-ul-Haq. The board has refused the claims saying that the players were in their rooms ahead of curfew time and that the video/images were not taken before or on the evening of the match.

Pakistani actress Veena Malik called out Sania Mirza on social media for taking their infant to a bar where sheesha was being done openly. To this, Sania Mirza replied saying that she does not need parenting advice from someone like her.