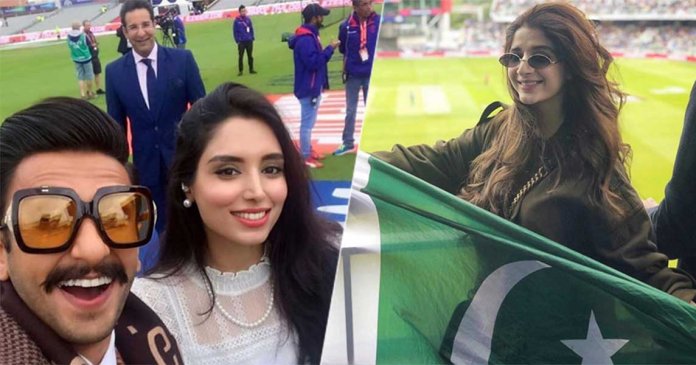 On Sunday, we witnessed cricket craze at its peak as the biggest rivals in the history of cricket locked horns – India vs Pakistan took place on 16th June at World Cup 2019!

Celebrities also flew in to enjoy the extravagant event. Celebs from both sides of the border donned the colors of their nations in order to support their teams.

Pakistan vs India World Cup 2019: Rain to Wipe Out the Epic Match?

Although the outcome was not in favor of Pakistan, what we loved the most was this match managed to bring the celebrities together and they tried to give the message of peace between the two countries.

This picture of Bollywood sensation Ranveer Singh with Zainab Abbas is doing all rounds on social media. In the picture, we can also see Waseem Akram and we can surely say that they are enjoying the match to the most.

The gorgeous Mawra Hocane flew to Manchester to support Green Shirts. She took her Instagram account and shared her picture with the caption – “Cheering LOUD with my beautiful flag”.

She was also spotted with Indian singer Rahul Vaidya.

The crooner turned actor Ali Zafar was also spotted at the stadium with Shah Mahmood Qureshi.

Even Sacred Games actor and Bollywood Superstar Saif Ali Khan came to support his team alongside his reel daughter.

Momina Mustehsana and Bilal Saeed also became a part of the live action. 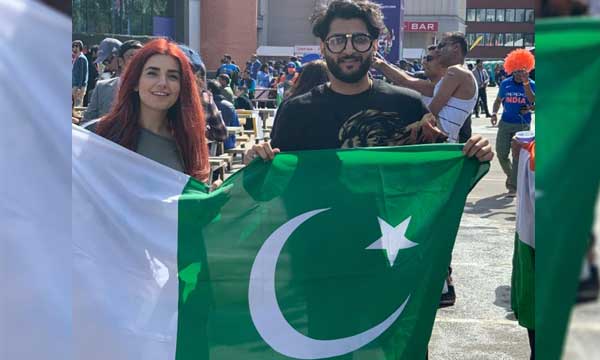 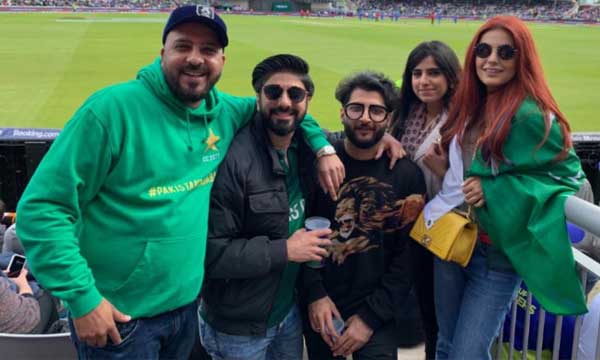