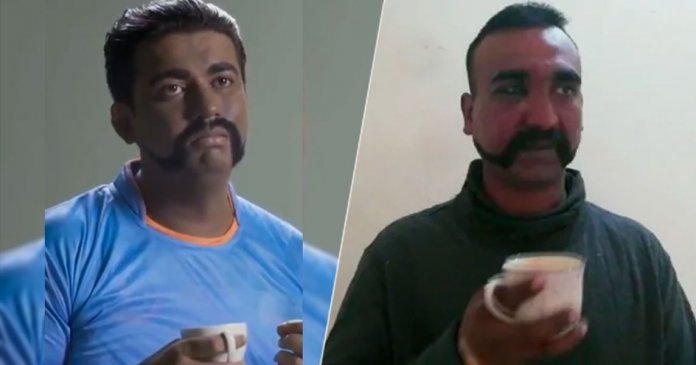 Indian sentiments have been hurt as the ad portrays the war-hero lookalike who repeats Abinandan’s viral statements.

I’m sorry, I am not supposed to tell you this.

However, Jazz has officially stated that the company is not associated with the ad. Jazz has also confirmed they have not pushed the video on any of its electronic media or social media channels.

Jazz supports content released to its own electronic media through its official assets and social media handles. The company is a big cricket supporter and patron. Sports must be played with the spirit of camaraderie. We wish all World Cup teams the best. – Spokesperson Jazz

The video was supposed to a light-hearted ad to promote the World Cup 2019 clash between Pakistan vs India as previously India had done with their viral campaign ‘Mauka Mauka’ and ‘Baap Agaya Hai’ in which they had targeted Pakistan’s cricket team.

our hero #Abhinandan ahead of #INDvsPAK World Cup cricket pic.twitter.com/72Mx1KjirG

Here’s how Indians have responded to the video:

#Abinandan was not mocked when he was captured .. do not take it to seriously it is just a joke!https://t.co/jl0HLkgwoM

My Answer to the Pakistani AD. #INDvPAK World Cup 2019. pic.twitter.com/cw6eZWB3wv

What is your take on the ad? Do you think it is offensive or is it light-hearted?