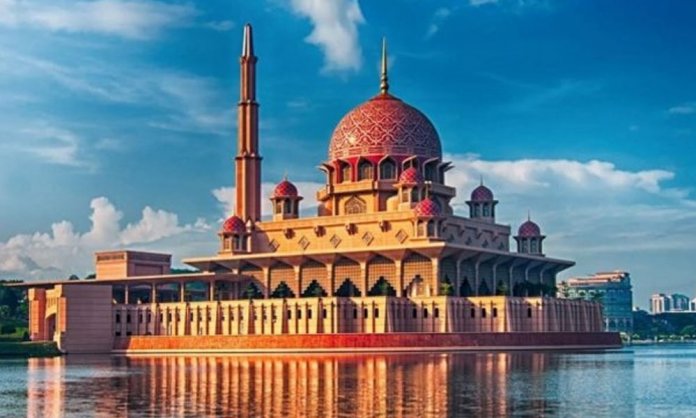 Muslim-majority countries are full of stunning Islamic architecture, often in the shape of breathtaking mosques.

Even if you are not religiously inclined, you’ll agree that the beauty of Islamic architecture is undeniable.

Here are some of the world’s most beautiful mosques for your viewing pleasure and knowledge: 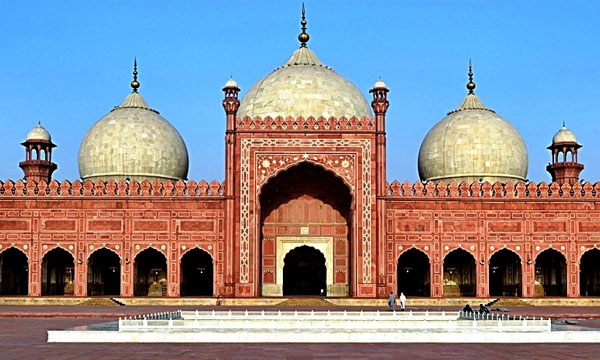 Built-in 1673 (in the Mughal era), the Badshahi mosque is also popularly known as “Emperor’s Mosque” as it was built by Mughal Emperor Aurangzeb, in Lahore, Pakistan.

It is one of the most popular tourist sites in the City of Gardens, owing to its beautiful depiction of Mughal art and culture.

After Faisal Mosque, Badshahi Mosque takes the place of the second largest mosque in Pakistan with a capacity for over 55 thousand people. 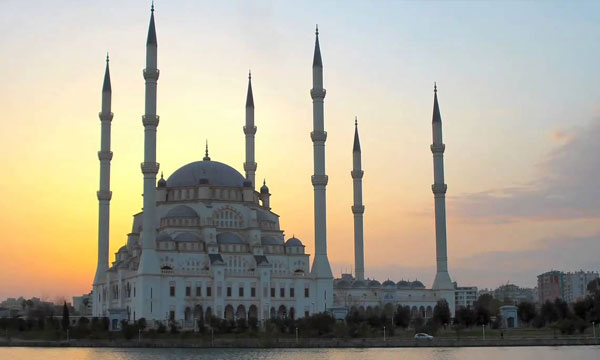 The Blue Mosque was built between 1609 and 1616, by the architect Mehmet Ağa.

Aside from its humongous size and exquisite beauty, what makes this Istanbul mosque stand out is its six minarets. Most of the city’s mosques usually have two or four minarets. 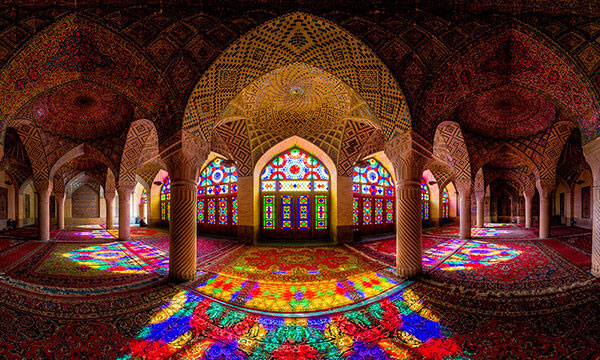 The original name of the mosque in Persian is Masjed-e Naseer ol Molk. It may seem like an ordinary Iranian mosque from the outside.

However, the interior hides within it breathtakingly colorful architecture and design.

Built by one of the lords of the Qajar Dynasty, Mirza Hasan ‘Ali Nasir al-Mulk, the mosque took 12 years to complete in 1888. 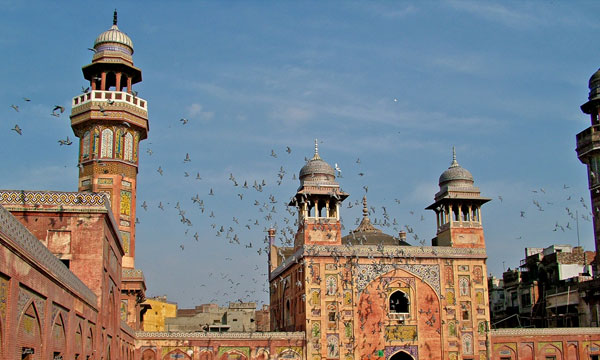 Built 1634-35 A.D. (400 years ago) during the reign of Mughal Emperor Shahjahan, the mosque takes its name from its builder, Nawab Wazir Khan, who was the Governor of Lahore until 1639 A.D.

Located in the beautiful, cultural city of Lahore, the mosque is enriched with the glorious architecture of the great civilizations from the past.

The construction work of this mosque took seven years to complete. 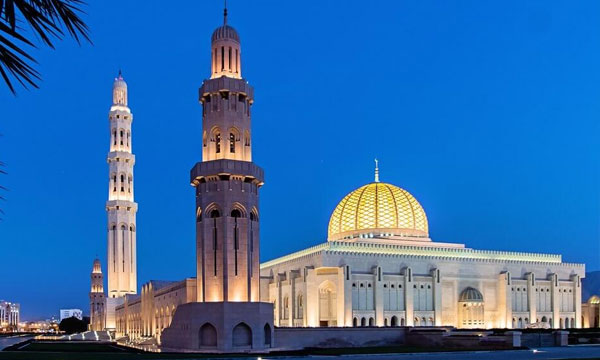 Located in Muscat, Oman, this is the main mosque in the Sultanate of Oman. It is also one of the most beautiful and extravagant modern mosques in the world.

Featuring a blend of Islamic, Middle Eastern, and Omani architectural styles, the mosque was first opened in 2001 and took six years to build. 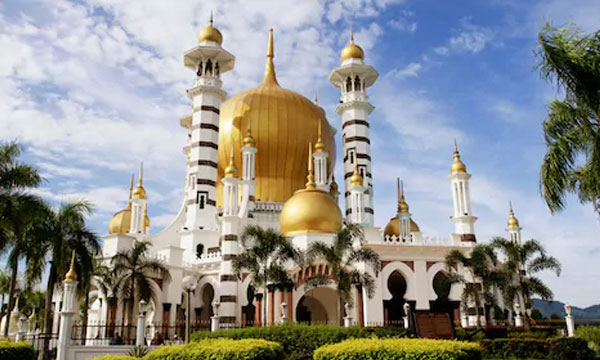 Commissioned by Perak’s 28th sultan, Idris Shah after his recovery from illness, Masjid Ubudiah is one of the largest mosques located in Malaysia. Masjid Ubudiah means ‘mosque of self-surrender to Allah‘.

Masterminded by AB Hubback, the mosque was completed in 1917. However, the Sultan didn’t live long enough to see it finished. 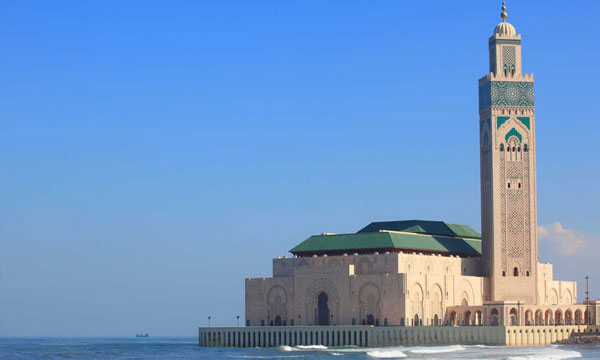 The Hassan II mosque is one of the largest mosques in the world and boasts a minaret with a height of 200 to 210 m according to sources, the highest in the world. 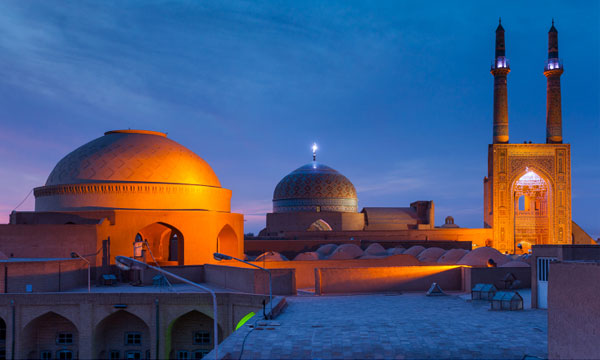 Located in Yazd city of Jameh in the province of Iran, this mosque dates back to 1364 A.D.

This 19th-century mosque is still in use. It was built under the order of Ala’oddoleh Garshasb in the Al-e Bouyeh Dynasty. It was vastly renovated from 1943 to 1986. 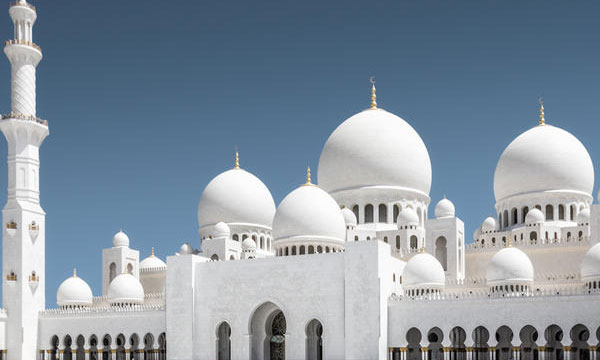 The Sheikh Zayed Grand Mosque is one of the world’s biggest mosques.

The mosque was built by British, Italian and Emirati architects taking design inspiration was from parts of Turkey, Morocco, Pakistan, and Egypt among other Islamic countries.

It holds an astonishing capacity of 40,000 worshippers and visitors. 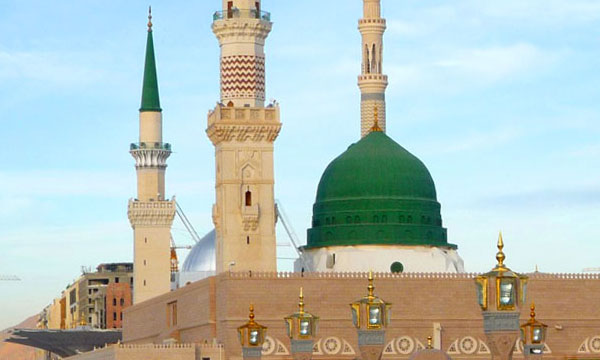 Masjid Nabawi is popular for being the original Prophet’s Mosque because it was built by the Prophet himself after he migrated to Medina in 622 AD.

A square enclosure of 30×35 meters, the mosque was built with palm trunks and mud walls and accessed through three doors: Bab Rahmah to the south, Bab Jibril to the west and Bab al-Nisa’ to the east.

The Mosques We’re Looking Forward to

Below is an Islamic masterpiece still under construction that we really look forward to seeing. 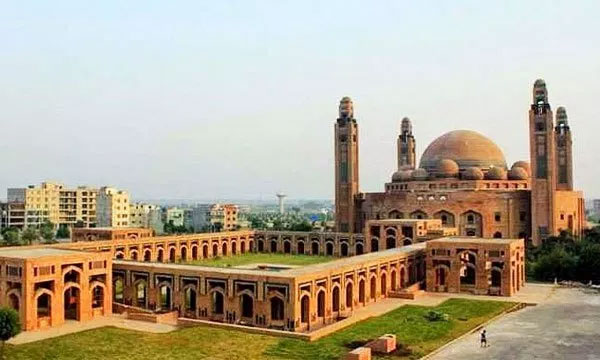 The mosque’s exterior consists of 4 million Multani tiles, all hand made by craftsmen from the popular, special Multanimitti. It took the craftsmen four whole years just to complete placing these tiles.

Moreover, the mosque also has praying areas especially built for women, a school and an Islamic Art Gallery.

Not only are these mosques a treat to the eyes, but they will also serve as a great addition to your travel bucket list.

We hope you enjoyed looking at these photos of the world’s most beautiful mosques.

Which are your favorite mosques? Let us know in the comments!