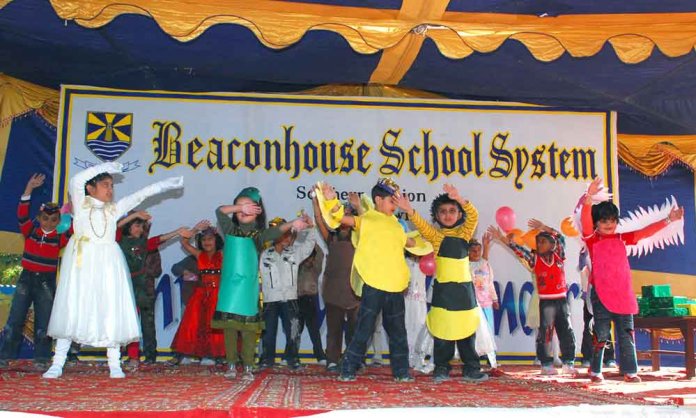 Update: Beaconhouse School System and The City School have released a joint statement again the court’s decision to ban registrations.

Both private institutes have claimed that the government’s decision holds no legal value and that the news has tarnished their reputation. The schools have added that the move was in violation of the orders of Sindh High Court and Supreme Court.

“The management of Beaconhouse and City School can only, therefore, conclude that the said order was intended to malign their names and promote a negative sentiment amongst their parent bodies. Both institutions are law-abiding bodies and will be replying to the Directorate as per their legal and constitutional right”

Furthermore, the statement reads that the Order which was given by the Supreme Court was on October 1st, private schools were addressed to return the excessive amount of money taken over 5% for the previous year within three months.

This means that the deadline to submit the money to the Court’s Registrar is December 1st.

As of now, 56 branches of City school in Karachi and 65 campuses of Beaconhouse system closed. Whereas, The Education Ministry of Sindh has stated that the schools were reached out to on several different occasions and did not bother to respond even once.

Non-compliance will result in both institutions being sealed under the presence of the Judicial Magistrate.

Update: The Directorate of Inspection & Registration of Private Institutions Sindh (Dirpis) of the School Education & Literacy Department (SELD) have suspended the registrations for The City School and The Beaconhouse School on Wednesday.

The reason behind the verdict was that both private institutions were reportedly not complying with the court’s orders to reduce the fee hike. SELD Media Coordinator Saeed Memon had said that they were approached 5 times but no response was received.

Dirpis Secretary Rafia Javed had instructed all excess amount charged as fees should be returned/adjusted by surrendering the amount to the Supreme Court Registrar.

A Beaconhouse School spokesperson has said that the institution will follow all rules and regulations set by SELD. However, they cannot suspend registrations because they had sought a deadline of December 2nd from the court.

Why is the education minister in a hurry? Beaconhouse will remain open. -Beaconhouse School Spokesperson

The Sindh government has suspended registrations for The City School and The Beaconhouse School System. This decision was taken because both institutions failed to implement orders given by the court regards to hiking in fees.

A notification has been issued to both administrations of the private schools. The notifications explain that the private institutions were asked repeatedly to implement the court’s orders, however, were not able to. 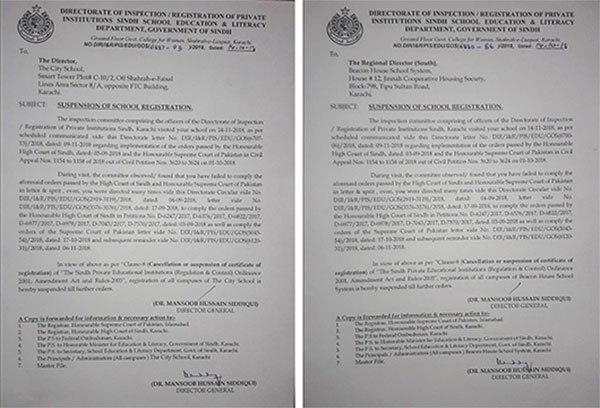 The Directorate of education department on private schools had sent handwritten letters to the institutions 5 times before the official notice was sent out.

On violation of SC orders, Registration of The City School & The Beaconhouse School System is suspended by Sindh School Education & Literacy Department. Both schools have 7 days deadline to give back the additional fee/charges to their students.

Registrations of all campuses of The City School and The Beachonhouse School System are suspended till further notice. 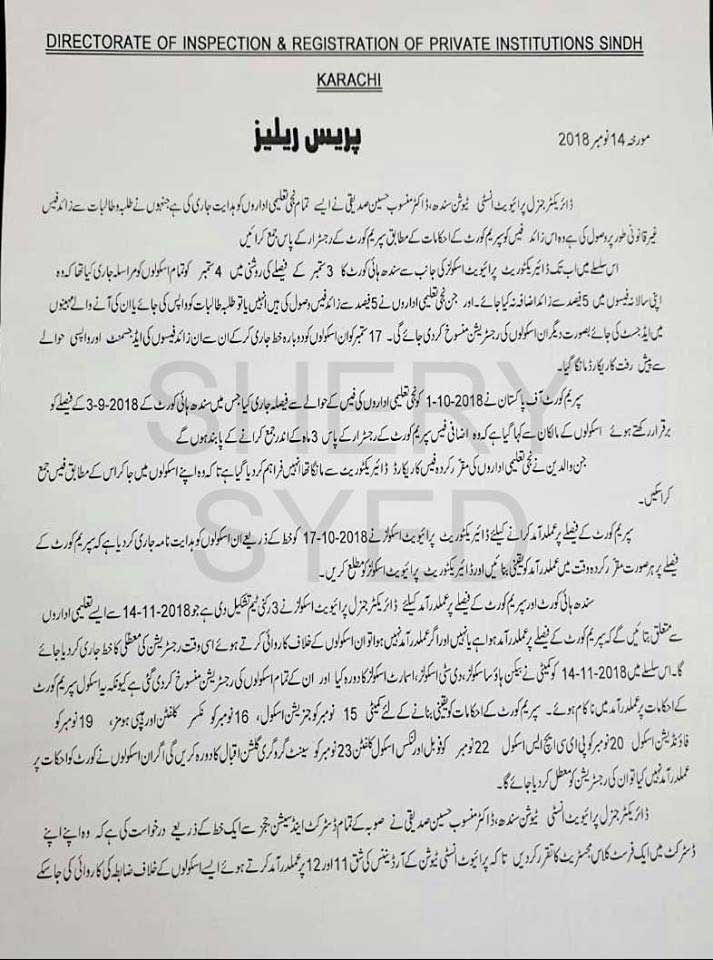 Director General Private Institution Sindh Dr. Mansub Hussain Siddiqui has warned all leading private schools who have taken excessive fees illegally from students. They have been ordered to return/adjust the fee to the Supreme Court’s Registrar.

The following private schools have received the notice to follow the court’s orders by the given deadline:

If these private schools fail to follow the orders by the given dates, their registrations will be revoked.