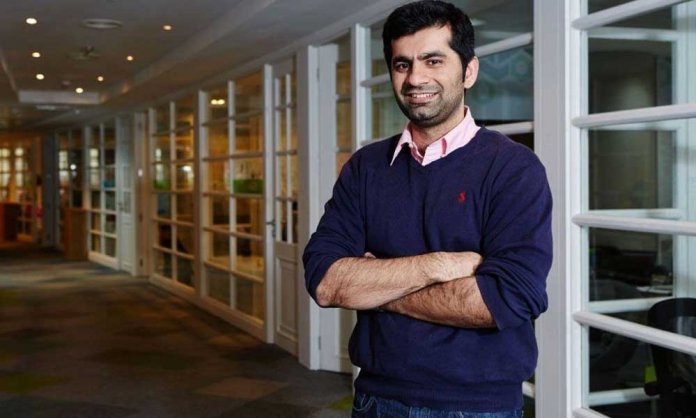 Careem CEO Mudassir Sheikha has become the only Pakistani to make it to the Bloomberg 50 List for 2018.

The co-founder of Careem is also the first and only name from the Middle East in the technology and science category.

Bloomberg 50 features individuals who made an impact on Global Business in 2018.

Congratulations to our co-founder @MudassirSheikha for being named as one of #Bloomberg's 50 most influential people. A leader who inspired us all by his efforts and amazing work along the Careem journey! #Proudmoment #Bloomberg50
For more: https://t.co/4cLvUUkJTX pic.twitter.com/yAkO2DmYcQ

The Bloomberg 50 in its second edition has highlighted individuals whose accomplishments in business, entertainment, finance, politics and technology and science have been remarkable in the past one year.

Where many successful names have yet again made it to the list from last year, some fresh faces have also emerged as the new influencers with their noteworthy achievements in their respective fields.

The only name from the Middle East in the Bloomberg 50 list for 2017 was the Saudi Crown Prince Mohammed bin Salman. Now, Mudassir Sheikha has also joined the Bloomberg 50 list this year, with likes of Microsoft’s CEO Amy Hood, Spotify’s founder and CEO Daniel Ek and Chairman of Reliance Industries Mukesh Ambani.

Being the CEO and co-founder of Careem, Bloomberg listed Mudassir Sheikha in the Science and Tech category and stated:

Sheikha’s six-year-old company has more than 1 million drivers in the Mideast and northern Africa, allowing customers to book bikes, golf carts, rickshaws, and boats, in addition to cars. This has made Careem an attractive potential purchase for Uber Technologies Inc., which Bloomberg News reported in September is in discussions to acquire it for as much as $2.5 billion.

Sheikha is also using his clout to support One Million Arab Coders, an initiative that offers online courses in the website and mobile-interface development, and he puts on a hackathon in Ramallah and an artificial-intelligence-oriented summer camp in the United Arab Emirates.