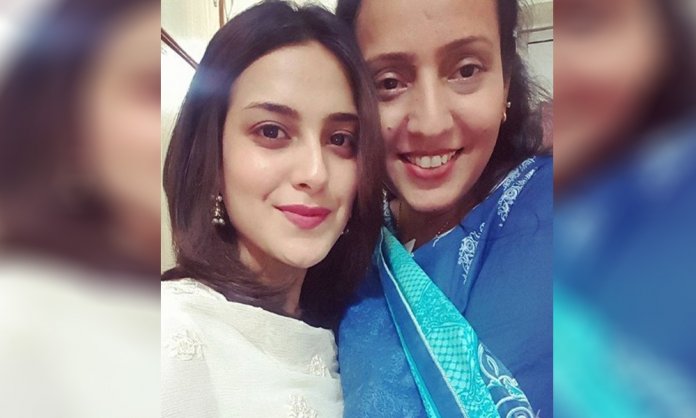 Pakistan’s young and talented actress Iqra Aziz, who is riding a success wave after her drama Suno Chanda, is a queen of all she surveys. Well, we still aren’t over Iqra’s splendid and jaw-dropping performance in the drama.

She hasn’t only stolen millions of heart with her outstanding acting, but also taken our breath away with her flaunting looks and bubbly personality. Iqra Aziz is one of the few actors who has marked their place in the industry with their impeccable acting skills and talent in a short span of time.

However recently, the actress spilled the beans about her personal life and now we even adore her more.

During an interview with a renowned designer Hassan Sheheryar Yasin on “Tonite with HSY”, the actress revealed that her mother raised her as a single parent and was, in addition, the first female Careem driver in Pakistan.

While telling about her mom, she said:

My mother iS a single parent and it was very difficult for her to make it, but she did; she is also the first Careem female driver.

In every phase of my life, I had someone to lift me up, which I am super grateful about. It’s a graph that I see myself as a success story.

My mother and sister were the reason that I started believing in myself. Today, whatever I am is because of both of them.