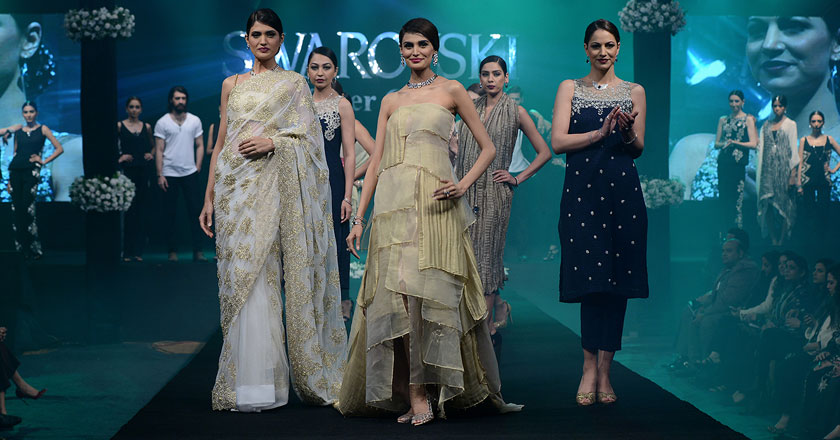 Swarovski, the world-wide leading manufacturer of cut crystal, has recently established a new distribution partnership with Nishat Linen for its Consumer Goods Business in Pakistan, Lahore.

Swarovski celebrated its launched in Lahore, Pakistan through an exclusive event held at the Rajbah Farmhouse in Raiwind, Lahore.

To launch the distribution of its consumer goods in Pakistan, Swarovski has partnered with leading textile concern Nishat Linen and will open the first of its 5 shop-in-shops later in 2014 followed by a very first solo standalone outlet in 2015.

“Swarovski believes in the potential of the Pakistani market and plans to expand its distribution network in the next 3 – 5 years,” says Frederic Berning, Managing Director Middle East for Swarovski’s Consumer Goods Business.

“We are especially excited about the opening of our first mono boutique in Pakistan in 2015, where we are looking at a prime location. We look to develop the market in 2014 with our shop-in-shop launch plans, and we have found the perfect partner in Nishat Linen”.

The opening of shop-in-shops and new boutiques will be concentrated in Karachi, Lahore and Islamabad.