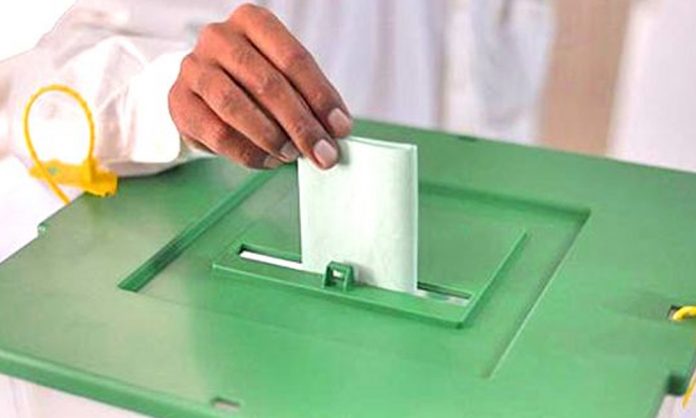 [Update]: The current government had promised overseas Pakistanis to be granted voice. The best way to show your voice in a government is by voting. But the standard Pakistani way of voting is archaic and accommodating Pakistanis in that would have been really hard. Plus, it is high time newer methods were introduced.

So the good news is that the overseas Pakistanis may just get to vote electronically. The Federal Minister of Engineering and Technology took it to the public yesterday that the preparations for it are all complete. They just need to get the technology approved by the Election Commission of Pakistan (ECP) who will be demonstrating the technology this week. That said, electronic voting machine manufacturers have already been contacted so the demonstration may just be a formality now.

It seems that 2023 is looking good for overseas Pakistanis.

[Aug 17th, 2021]: In a historic recent move, Supreme Court has now allowed overseas Pakistani voting to finally happen and now citizens abroad will be able to cast their vote in elections.

Chief Justice of Pakistan Mian Saqib Nisar has ordered NADRA, Election Commission of Pakistan (ECP) and other stakeholders to facilitate the overseas citizens to cast their vote through the internet in the upcoming by-polls on October 25.

It would be the first time the nation’s history that Pakistani expatriates will cast their votes in the local election.

The move has been a result of several petitions by Pakistan Tehreek-e-Insaf (PTI) Chairman Imran Khan and others to allow overseas Pakistanis to vote in the elections.

NADRA will be devising an ‘i-voting platform’ to enable an online voting process for overseas nationals. Around 7 million Pakistanis will be able to vote through the i-voting platform

It is likely that overseas Pakistanis will require the following essentials for online voting:

However, the details are yet to be confirmed and vote casting process will be revealed once the voting system gets rolled out by NADRA.

7 Restaurants Overseas Pakistanis Must Visit When in Karachi