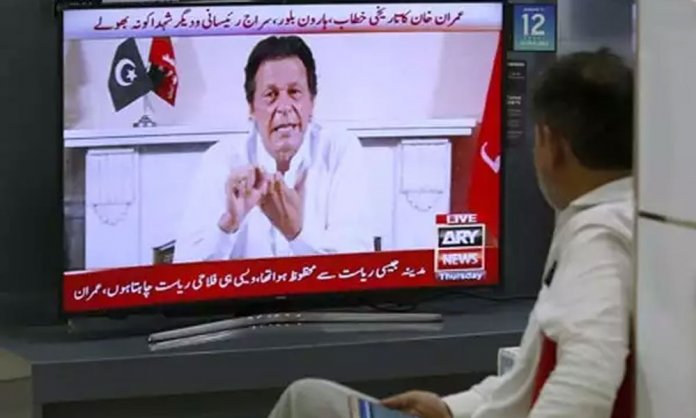 A visibly tired Khan cut a conciliatory tone in a wide-ranging address to the nation following the controversial contest which was also hit by long delays in still unreleased official results.

“We were successful and we were given a mandate,” Khan, 65, said during a live broadcast from his home in the capital Islamabad, adding that there would be “no politician victimisation” of his opponents in the future.

He went on to call the elections the “most transparent” in the country’s history.

During the broadcast, Khan vowed to tackle corruption that was “eating our country like a cancer” and touched on promises to balance relations with the US that would be “beneficial” for both countries.

Khan also said he was open to a sit-down with arch-rival India to discuss ongoing disputes in the divided Himalayan territory of Kashmir which is claimed in full by both nations.

The former all-rounder’s statement came several hours after his supporters took to the streets to celebrate winning an election that opponents have said the powerful military fixed in his favour.

However at the time of his speech there was no official confirmation of results from the election commission, almost 24 hours after polls closed in Wednesday’s vote.

The Election Commission of Pakistan dismissed allegations of manipulation, blaming the delay on glitches in new, untested counting software.

“The election was conducted in a fair and free manner,” said secretary Babar Yaqoob, adding that the results would be announced Friday. He said 82 per cent of the results were in.

Observers including a mission from the European Union are due to give their own observations Friday on the voting process.

The military, which had been accused of seeking to manipulate the vote in Khan’s favour in the months leading up to the polls, has not yet commented on the situation. The armed forces and Khan have previously denied allegations of intervention.

Late Wednesday, the once-mighty Pakistan Muslim League-Nawaz (PML-N), which had been in power since 2013, rejected the results because of “outright rigging”, and vowed it would use “all political and legal options for redressal of these glaring excesses”.

“What they have done has pushed Pakistan back 30 years… People will not bear it,” the party’s leader Shahbaz Sharif, brother of jailed former premier Nawaz Sharif, said.

He said the party was due to meet Thursday to decide a way forward. There was no immediate reaction from PML-N to Khan’s broadcast.

Other major parties also alleged fraud, including the Pakistan Peoples Party (PPP), whose chairman Bilawal Bhutto Zardari echoed the PML-N’s claim that party representatives were barred from monitoring the count.

The size of Khan’s lead against the PML-N, when many analysts had predicted a coalition would be likely, was also increasing concern over the process, analysts said.

“The surprisingly high seat total for PTI, even as the votes continue to be counted, will be enough to trigger the suspicions of the PPP and PML-N,” said Michael Kugelman, an analyst at the Wilson Center in Washington.

At least one party — Tehreek-e-Labaik Pakistan (TLP), which blockaded the capital Islamabad for weeks last year over blasphemy — has already announced it is planning protests.

“This is complete chaos,” said political analyst Azeema Cheema, saying she was “very concerned” about what comes next.

PTI supporters were ecstatic at the projected results.

First-time voter Fahad Hussain, 21, said the party had “motivated the youth” as he hit the streets in Islamabad to celebrate with friends.

The controversy follows a campaign already considered by some observers to be one of the “dirtiest” in Pakistan’s history because of the allegations against the military, and marked by the increased visibility of extremist religious parties.

Wednesday’s elections were meant to be a rare democratic transition from one civilian government to another in the young country which has been ruled by the military for roughly half its history.

A PTI win would also represent an end to decades of rotating leadership between the PPP and PML-N that was punctuated by periods of military rule.

Khan, who captained Pakistan to their World Cup cricket victory in 1992, campaigned on promises to end widespread graft while building an “Islamic welfare state”.

But he was dogged by the accusations he was benefiting from a “silent coup” by the generals which targeted the PML-N. Nawaz Sharif was ousted from power last year and jailed over a corruption conviction days before the vote, removing Khan’s most dangerous rival. 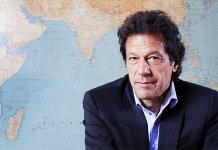 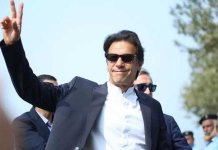 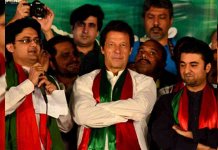 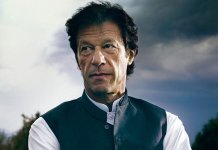 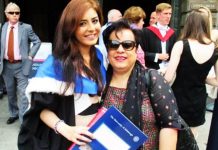 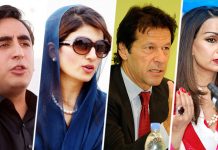