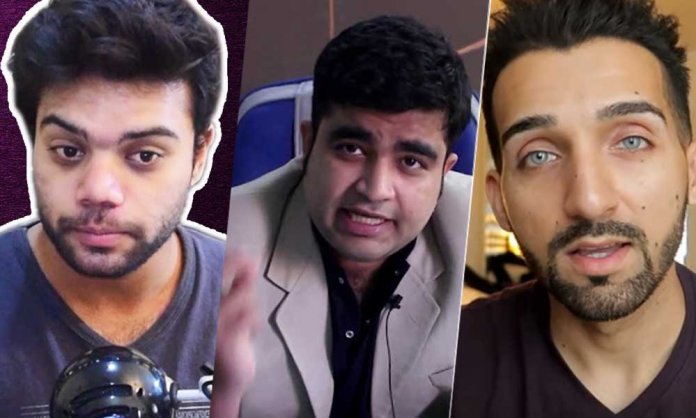 Ducky Bhai and Sham Idrees had taken the internet over storm the past few weeks, owing to their never-ending controversy.

They constantly blamed and claimed to expose each other for one reason or another.

Shaan & Veena both represent stars whose time in the limelight is just about done. It's a similar situation that previous artists faced, and their (PR people's) decision to embrace a hardcore statist narrative shows that they believe embracing the state offers most respectability

Naqvi added that stars like these, who are visibly fading away from the limelight, resort to such actions to gain respect and stay relevant.

He also speculated the possibility that these celebrities are not behind their own accounts— rather, their accounts are managed by their Social Media and PR Teams/Managers.

Farhan Virk jumped in to express his opinion(s) on the matter, stating that the problem lies in the fact that Pakistanis do not take entertainment seriously because of abusive content creators lie Ducky Bhai and Sham Idrees.

I think entertainment either lies with abuses ( ref Ducky Bhai & Sham idrees) or perhaps with someone people can mock (NKJ and Bhola record).

Clean entertainment does not have a market. Ali Gul Pir type people who make genuine content are not appreciated.

He also mentioned Ali Gul Pir and said that they do clean, genuine comedy, whose market does not exist in Pakistan because the nation is used to enjoying cheap entertainment centered around abuses and insults.

I think entertainment either lies with abuses (ref Ducky Bhai & Sham idrees) or perhaps with someone people can mock (NKJ and Bhola record).

Clean entertainment does not have a market. Ali Gul Pir type people who make genuine content are not appreciated.

Both social media influencers agreed with each other and concluded that the market for entertainment is ruined because of cheap YouTubers and the like focused on creating controversy instead of content.

Ahsan Khan is Not The Best Host to Work with: Sanam Jung

Do you think what they are saying is right?