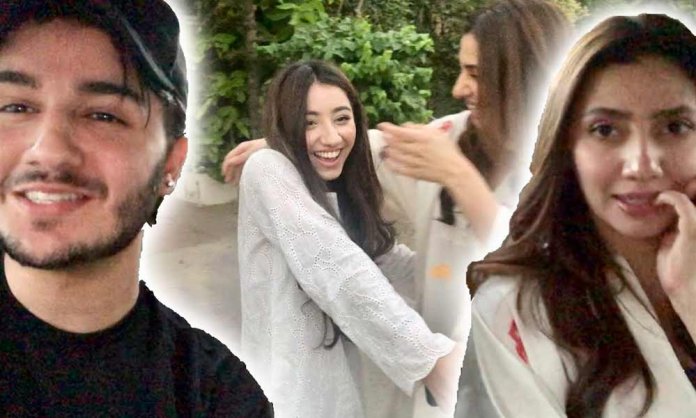 Isn’t it just the cutest when huge celebrities care about their fans enough to surprise them? Mahira Khan did just that recently and we can’t contain ourselves!

A few days ago, popular YouTube sensation Shahveer took to social media to tweet that the gorgeous Mahira Khan would do a video with him if the tweet became his most popular tweet of all time.

And that’s where it all began!

In a week’s time, we saw another tweet from him confirming that his wish had come true.

And two days later he tweeted an absolutely adorable photo of himself and Mahira, where he was happily enjoying a bowl of seviyaan, which he said he thoroughly enjoyed.

.@TheMahiraKhan made seviyan, I tasted them and they were amazing. A lot of people think I was faking my reaction. If you don’t believe me, ask Mahira to make them for you too. The seviyan actually tasted AMAZING! Bas. End of story! pic.twitter.com/7ZJTCt3MEd

Watch the adorable video of Shahveer and his celebrity crush here:

Have you ever been surprised by a celebrity?