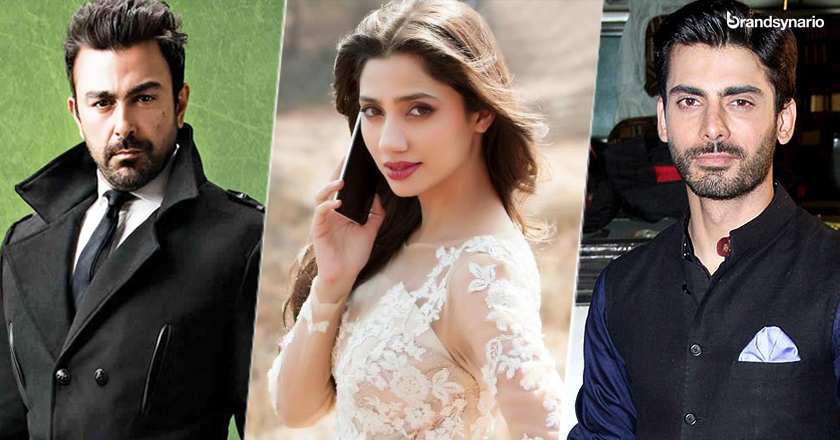 As Pakistan’s media industry is growing day by day, the demand of our very talented actors is also swelling gradually.

We handpicked eight most popular celebrities for you with the details of the amount they charge for their work and brand endorsements so that you can have an idea of the earnings of our very own stars.

Son of the great film director, Shaan Shahid has worked in almost 500 films while working for two decades in Pakistan’s media industry. The actor, writer, model and director, is a multi-talented artist who has achieved milestones in his career. He has also served as the brand ambassador for several products and earned numerous awards in his career. Famous for his films like Khuda Ke Liye and Waar, Shaan Shahid is considered to be the Robert De Niro of Lollywood.

The actor reportedly charges Rs. 50 lakhs per movie and endorsements becoming one of the most expensive artists in the media industry. Previously, Khan worked in an Indian movie named Khoobsurat alongside Sonam Kapoor in which he has been portrayed as a suave prince of Gujrat. The woman with looks to-die-for, Mahira Khan is a famous actor and VJ. Famous for her role as Khirad in Humsafar, Khan has worked for many serials and is also a model. She charges Rs.1 lakh per episode. Exceptional actor Faisal Qureshi bags 25 lakh per project. Television actor who also worked in the film industry began his acting career as a child artist. He has also served as the judge in various television reality shows. Qureshi was considered the most popular TV actor of 2010.

The same year he began hosting a morning show, Muskurati Morning which was aired on TV One Global. Famous for his enthusiastic performance in Rihaee and many other hit dramas, Nouman Ijaz charges nearly Rs. 25 lakhs per project. Ijaz was given the Pride of Performance award in 2011 and has worked in some short films as well. Model-turned-actress, Saba Qamar who has worked in numerous hit dramas, earns Rs. 20 lakh per series. The diva who has achieved so much in so less time and has worked in movies including, Kambakht, Main Manto and Aina. Controversial TV anchor who is a doctor by profession, Shaista Wahidi hosted morning shows known as Good Morning Pakistan and Utho Jago Pakistan. However, the host had to leave the show and the country for security reasons, due to alleged blasphemy charges on her. The young and bubbly actor, Sajal Ali began her television career in 2011 from the serial named, Mehmoodabad Ki Malkain after which she did several major projects and reached the height of success.

Although the actor is not too old to charge much but inside sources reveal she earns close to 15 lakh per series.