Home Lifestyle Food E-street Restaurants in Karachi to be Shut Down?
Advertisement 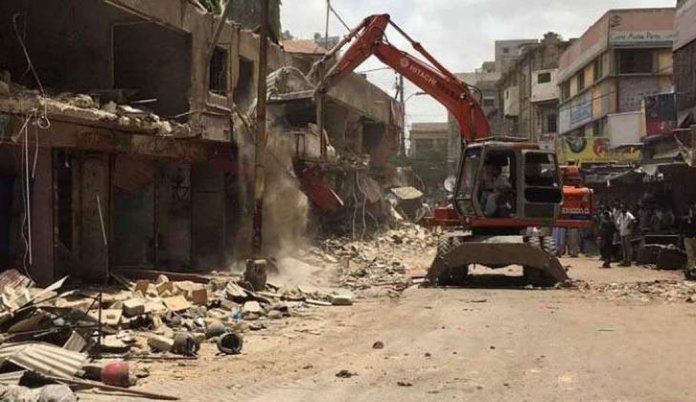 The Sindh Building Control Authority (SBCA) has kickstarted an operation to seal or demolish buildings and properties built illegally in Karachi.

Strict action is being taken against properties built in violation of the approved building plan.

According to buzz on social media, many E-street restaurants including Koel, Xanders, Flo and Aylanto, have been issued notices to relocate from the residential block.

These popular eateries have been reportedly warned that they will be shut down after December.

all of the E-street restaurants are going to be Shut down after december Koel, Flo, Xanders, Aylanto all have been given notices to be relocated Because this is all residential block
pre school plus, origins, haque academy all given notices to relocate b…https://t.co/yhFG6Fv3tu

KARACHI
All E-street restaurants r going 2be Shut down after dec Koel, Flo, Xanders, Aylanto and pre school plus, origins, haque academy all given notices to relocate by the end of dec,even links school&nixor,all chai wala r given notices to vacate spaces hogged by them
in DHA

Several private schools have also been notified the same.

Educational institutes like Pre School Plus, Origins, Links, Nixor and Haque Academy have been warned to relocate from the plots approved for residential purpose only.

Pre school plus, origins, haque academy all given notices to relocate by the end of December even links school and nixor
and all the chai wala are given notices to vacate the spaces hogged by them
in DHA. 2/2

Chai eateries have also been asked to vacate the spaces in Defense Housing Authority (DHA).

A public notice has also been released by SBCA recently regarding the “Construction Against Approved Plan and Misuse of Premises In violation of Section 6 (2) & (3) of SBCO 1979 and Against Land Use Plan in Karachi”. 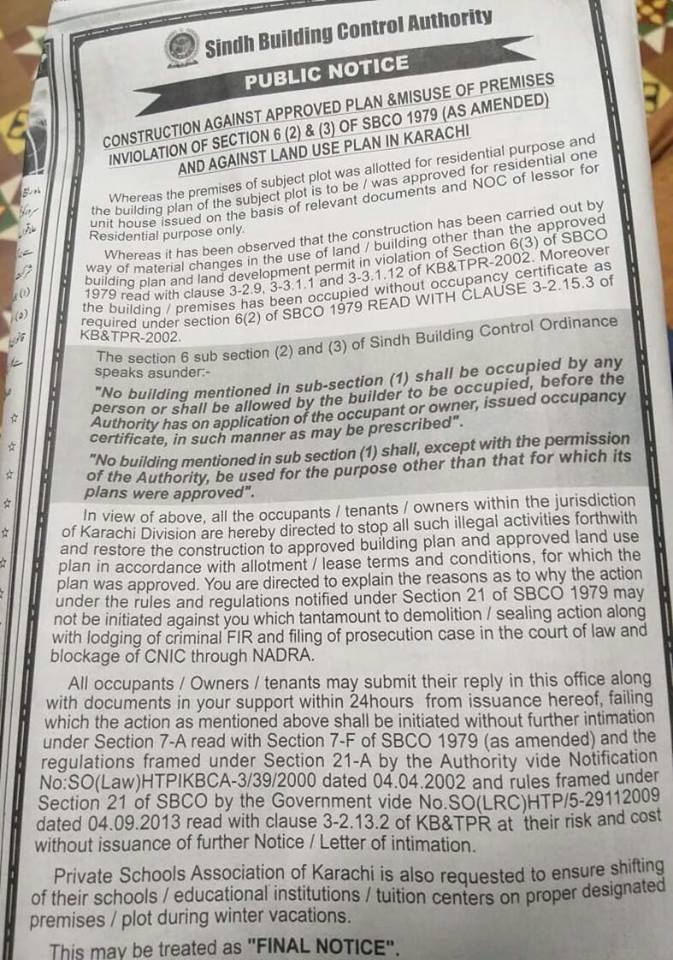 The notice warns that the building plan of a plot approved for residential one house unit should not be used for any other purpose or it will be considered as the violation of the acts and misuse of the premises.

SBCA has also requested the Private Schools Association of Karachi to shift such institutes to a properly designated area during winter vacations in December.

Since many big names have been pointed out this time, let’s see what is going to be their action on this.