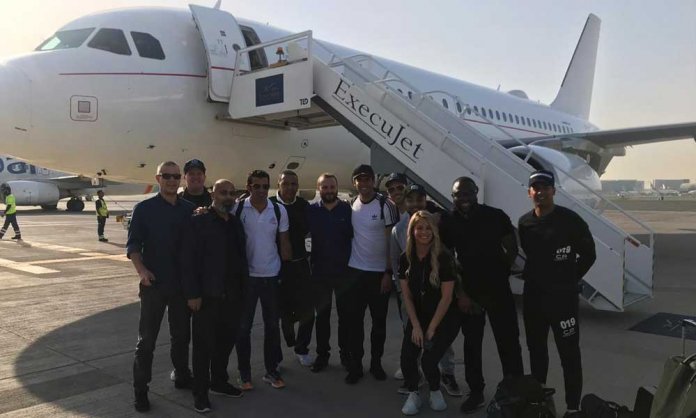 According to an official statement:

The excitement of the fans was genuine and was truly heartfelt by the players and has only served to motivate us to conduct the tour later in 2019. The interest shown by brands, the media, the army, and national and local government was appreciated.

After a review of the situation we took this decision taking into account several factors including the change in the local business economy since the tour was announced, the wish of certain key brands to align the tour with their commercial plans -the statement further read

New tour date will be announced after Eid-ul-Fitr and details in regards to refunding of tickets.

The legendary players hailing from Portugal and Brazil are here to promote World Soccer Stars all across Pakistan.

The aim is to bring out hidden talent and potential which remains untapped in the country.

The stars arrived at Karachi’s Jinnah International Airport in a special flight from Dubai were greeted in a traditional method with Sindhi Topi and Ajrak.

The event will commence from April 26th-29th and two matches will be held, one in Karachi and the other in Lahore.

Luis also shared the excitement of visiting Pakistan through a social media announcement.

Naya Saal Mubarak to all my fans in #Pakistan. Let’s make it the most memorable year ever @kaka @wssofficial2019 @touchskygroup #UnitedForFootball #Karachi #Lahore pic.twitter.com/20Z5tD3WKv

The duo is currently made an appearance at Pearl Continental hotel to talk a bit about the event. They will then travel to Lahore to attend a press conference in regard to the launch.

#Kaka and #Luis are in Karachi!!

We cannot wait to see these legends in action and appreciate their efforts for the revival of football and helping bring back the sport on an international level.